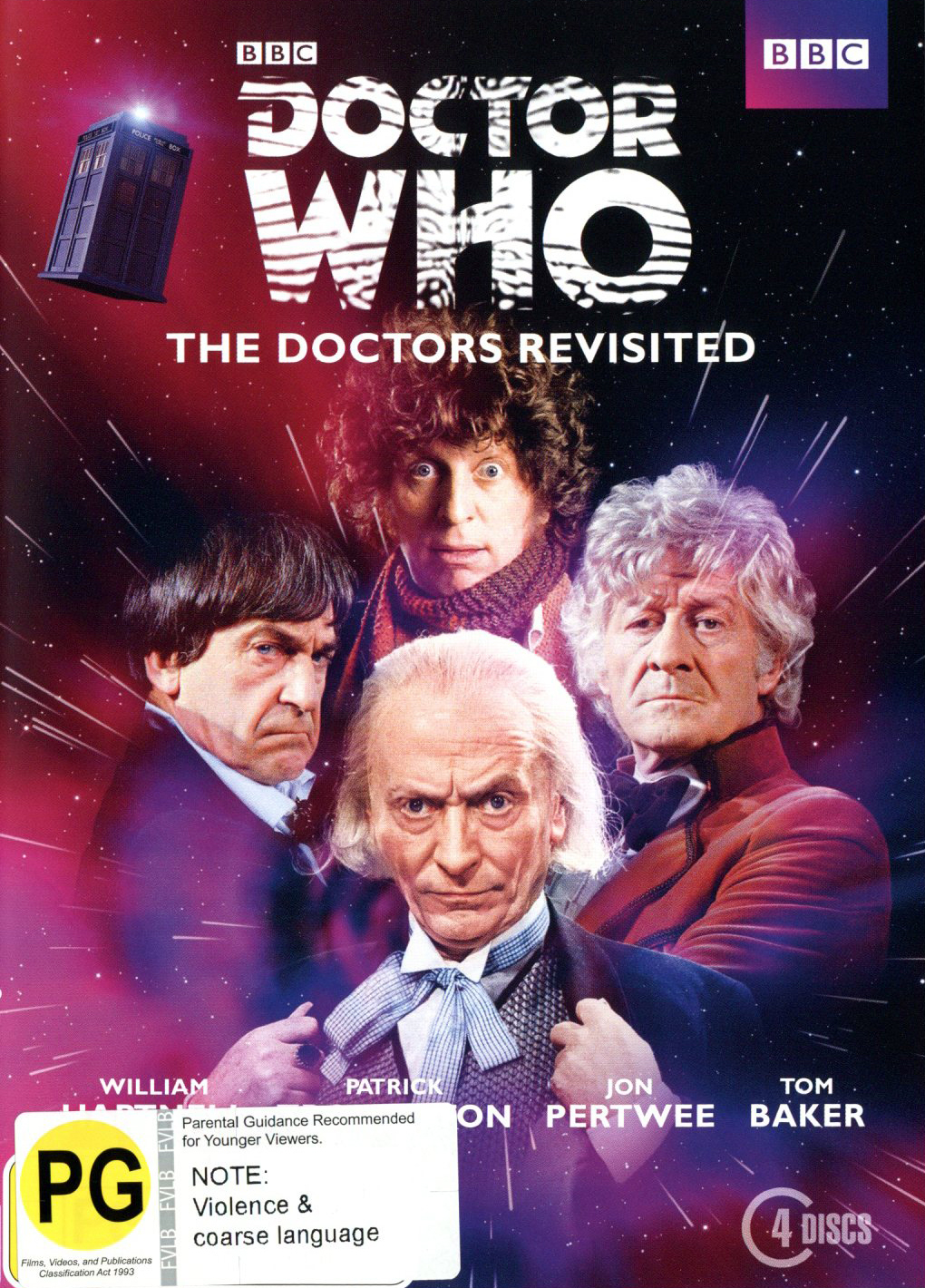 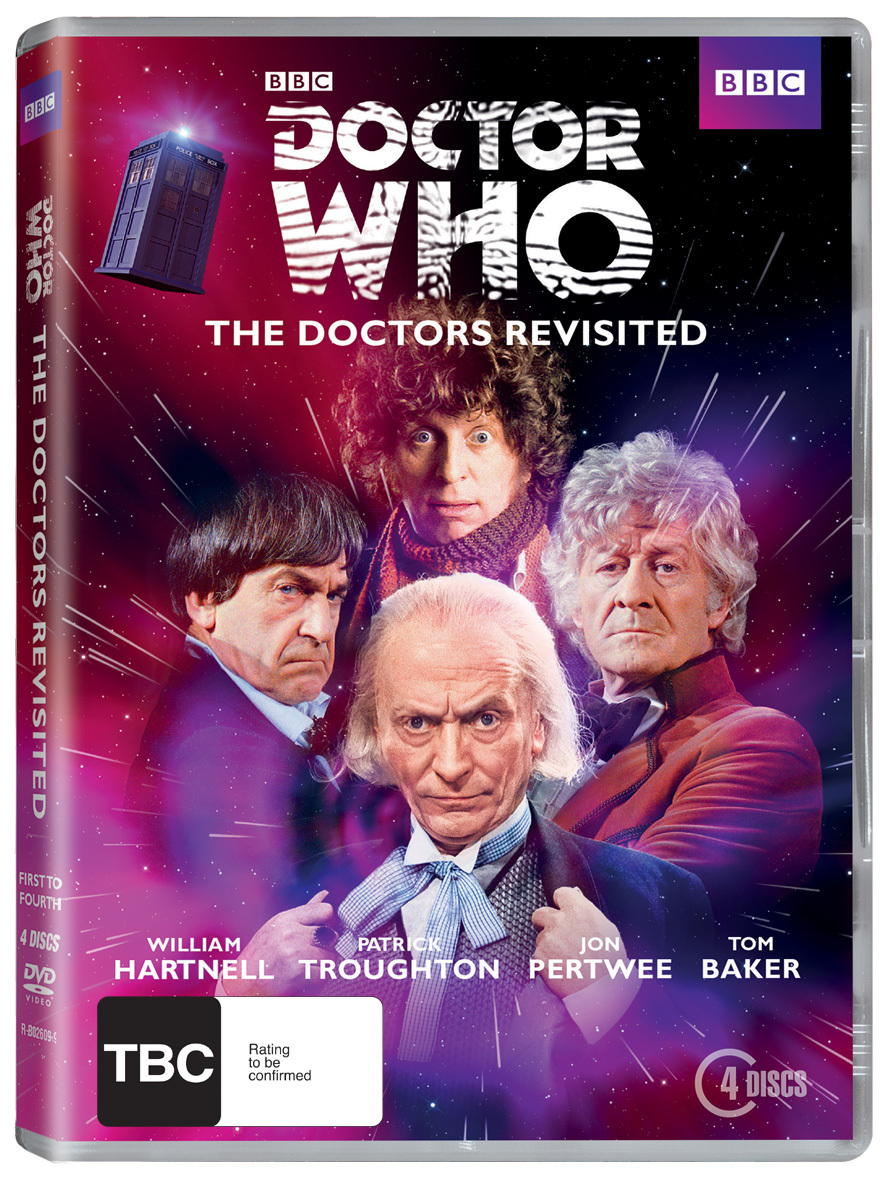 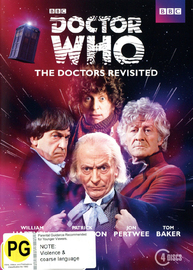 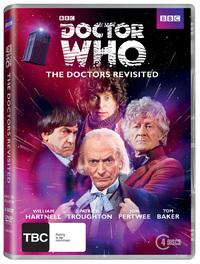 Doctor Who: The Doctors Revisited 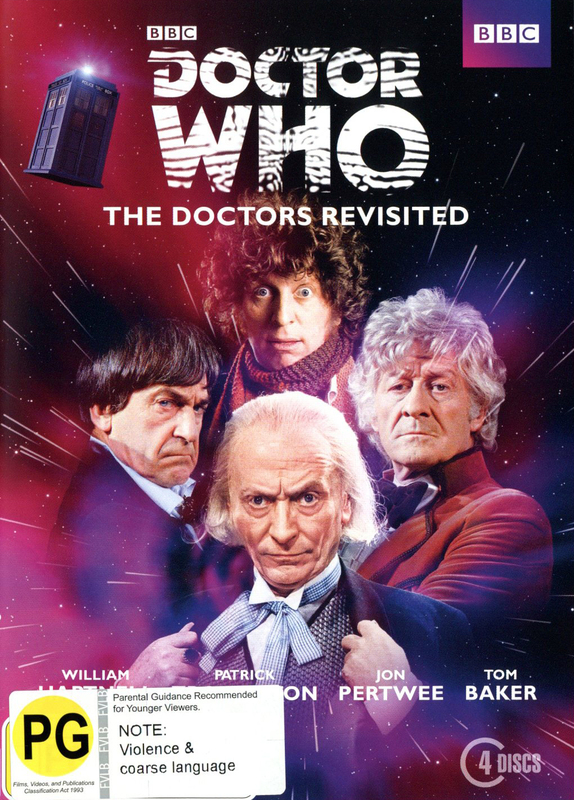 Celebrate the 50th Anniversary of television’s lon­gest-running Sci Fi series with The Doctors Revisited TV Series, a BBC collection of authoritative tribute specials to the 11 actors who have played this iconic character.

This Doctors Revisited: Volume 1 showcases Doctor Who’s first four Doctors, William Hartnell, Patrick Troughton, Jon Pertwee, and Tom Baker, spanning from 1963–1981, a period of almost twenty years. Get to know these amazing actors like never before and own a piece of television history!

Each Doctor has a special feature looking back on his tenure, including interviews & clips from the show. Each special is followed by a favourite 4 episode story for that Doctor, including a special introduction by Steven Moffat (current Dr. Who Showrunner and Lead Writer).

The series picked to showcase the first Doctor is one of the historical shows. The 1st Doctor special is followed by the series, “The Aztecs” (1964), four episodes of 25 minutes each.

This special is followed by the series “The Tomb of the Cybermen” (1967), four episodes of 25 minutes each.

This special is followed by the series “Spearhead From Space” (1970), four 25-minute episodes.

David Tennant: “I think the casting of Tom Baker was one of those moments when the absolute right fit for something is found.”
Tom Baker is only saying what many fans believe when he says, “When I became Doctor Who, I didn't play Doctor Who, I WAS Doctor Who..... There was no acting involved at all.”

This special is followed by the series “Pyramids of Mars” (1975), four 25-minute episodes.