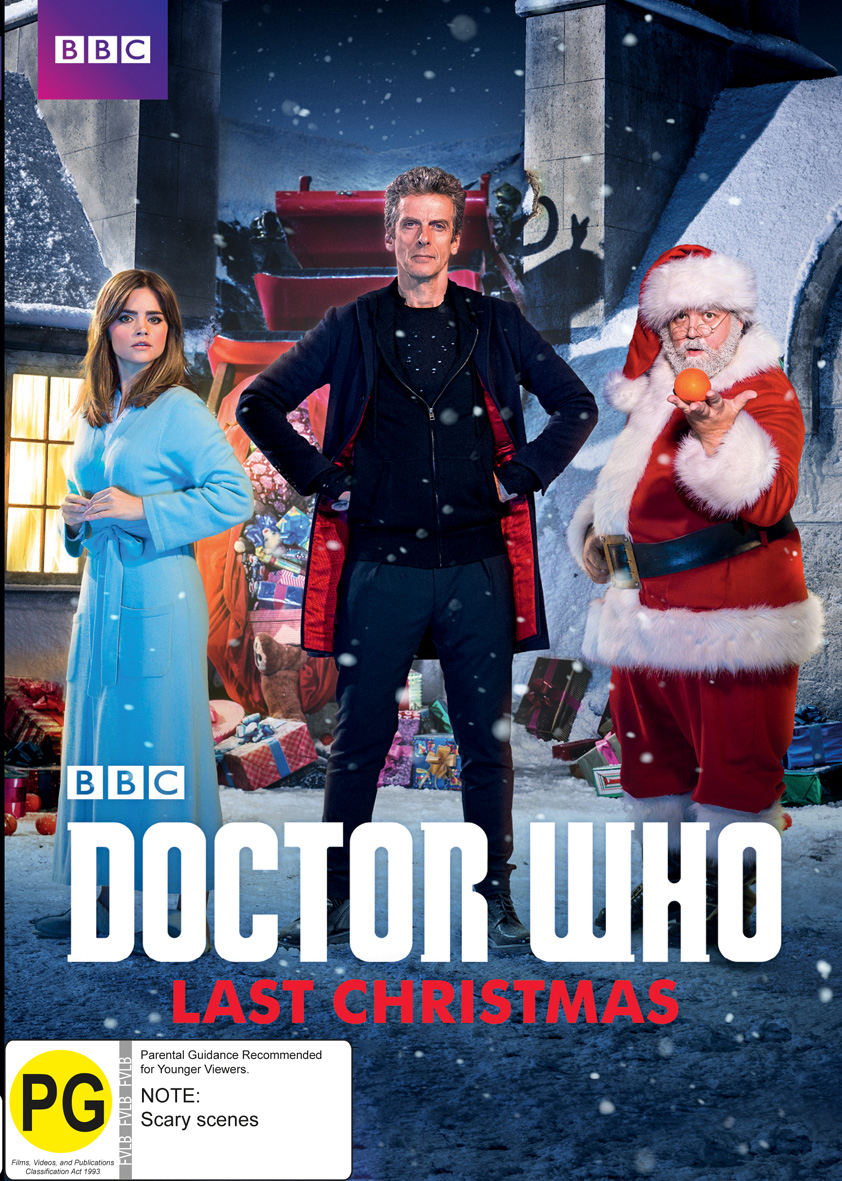 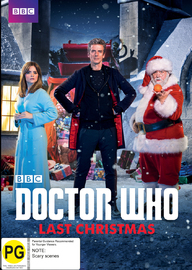 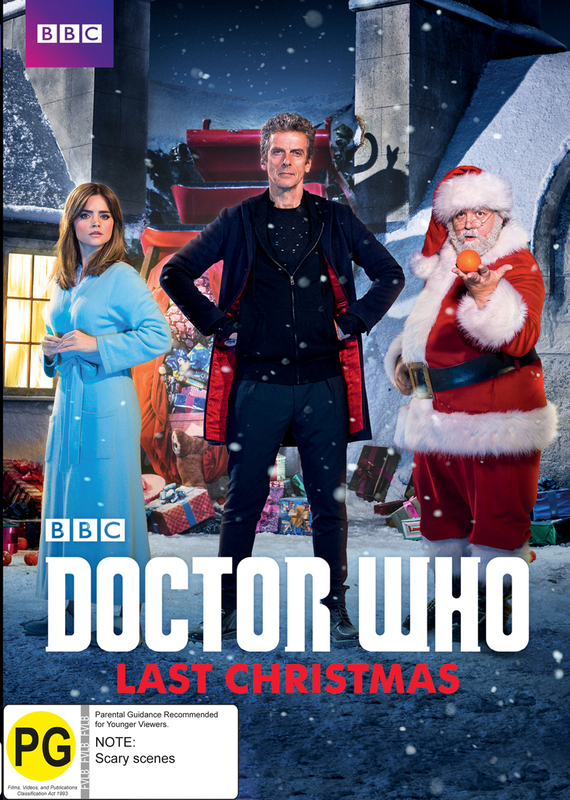 What more needs to be said. Peter is not my favorite Doctor but it is still great

I really enjoyed Santa's character (played by Nick Frost) in this Christmas episode of Doctor Who. Along with the nightmarish dream crabs, there were some excellent one liners from Santa to lighten the mood. The story kept you thinking right till the end with it's twists and turns and also reveals how Santa fits all the presents in his sleigh.

The Doctor and Clara face their Last Christmas. Trapped on an Arctic base, under attack
from terrifying creatures, who are you going to call? Santa Claus.

“Getting the Doctor Who Christmas special just right is not something Steven Moffat has always found to be easy to do. Last year's was too tangled and messy, the one before was great but the one before that was another muddle…Thankfully, this year's "Last Christmas” is a real winner. It's a solid standalone piece that juggles tones masterfully and constantly finds ways to keep things interesting. Ultimately, it's about finding a way to address the tension and lack of finality in the relationship between the Doctor and Clara, and to rebuild their dynamic so that they can set off for another season of adventures. The show finds a way to incorporate the sad demise of Danny into this arc as Clara makes her peace with losing him, and it also lets the Doctor lighten up a little, even if the two of them end up trapped in a rather sticky situation.

In a narrative construct that's like Alien meets Inception by way of Doctor Who, the pair find themselves encountering face-hugging, brain-munching space crabs who send them into disorienting dream worlds and attempt to lull them into a false sense of security. This dream narrative allows for the return of Danny (even if he's just in Clara's imagi­nation) and the revelation of secrets the Doctor and Clara have kept from one another. It also provides a great deal of tension. At least Nick Frost's Santa and a pair of wisecracking elves turn up to serve up the comic relief.

There are a number of tones involved in making a story like this a success, and the show manages to balance some rather dark material with a great sense of fun and energy. It isn't bombastic or showy, keeping things limited to a few sets and a few characters, but it is a meaningful episode that will be a strong bridge between the eighth and the ninth series. Even if I didn't love the finale of Series 8, Doctor Who really hit its stride over its last run of episodes and this shows that it wasn't a fluke. The spark between Jenna Coleman's Clara and Peter Capaldi's Doctor is a big part of what's making it work, and it's really exciting to know they'll be back together in the Tardis next year.

Aside from getting a little caught up in its dream layers, this is a top-notch Who special. It has a strong theme, great performances and is fun without being inconsequential. “Last Christmas” knows a thing or two about creepy visuals and spooky monsters, but it has that Christmas spirit running through it. It's rare to see a special deliver like this, but it knows that the central dynamic holds a lot of emotional power, and that there's both humour and drama to be found within this pairing." TwitchFilm.com