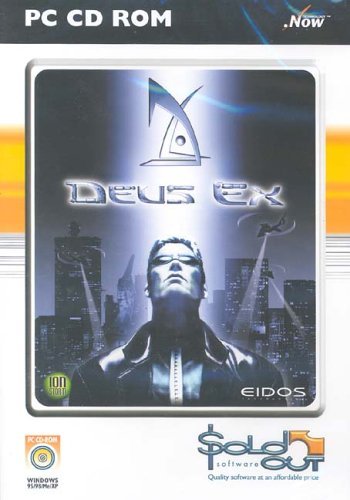 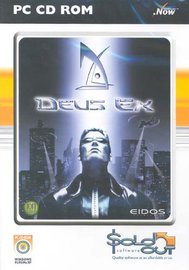 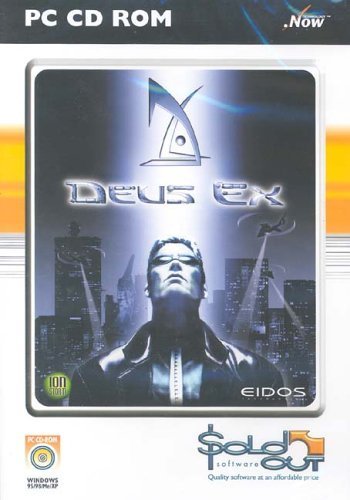 Deus Ex is a huge game (and one of my all-time favourites), with an involving and substantial storyline full of real-world conspiracy theories that takes the player all over the world–from New York to Hong Kong to Paris–playing through a considerable number of expansive and memorable environments such as the Statue of Liberty, a Templar cathedral, an underwater base and the streets of Hong Kong.

These environments are what set Deus Ex apart from most other first person shooters, because they're just that: environments, and not stringalong scriptfests where every door that doesn't take you from Point A to Point B is mysteriously locked. Instead, Deus Ex provides realistic settings and places you at the edge of the map, allowing you to choose how to proceed–through the front door with guns blazing or sneaking unobserved through a side entrance.

To this end the game provides a skill and ‘nano-augmentation’ upgrade tree that gives you the ability to play how you want: take melee weapon skills and the silent movement/cloaking augmentations to turn your agent into a close-striking assassin, pick up hacking skills to access security systems and turn turrets and robots against their owners, or just go for heavy weapon skills and blow everything up.

The Unreal Engine graphics may have aged somewhat since release, but anybody interested in absorbing, open-ended gameplay with a strong element of exploration, branching plotlines with interesting characters, dialogue trees and multiple endings needs to check this game out, especially at this price. Once you've played Deus Ex you might find it difficult to go back to the over-scripted, on-a-rail shooters that are typical of the genre.

The game is heaps of fun and i love the different powers your character can get during the game. The storyline is pretty good and so are the graphics. Kind of sad as to how short the game was and it only offered a few side quests but the game does offer different situations where your decisions will change the outcome of a mission.

Deus Ex is by a long way the best FPS I have ever played. It has the best storyline I have seen on a computer game, complete with terrorist organizations, the UN, big businesses, and other characters that develop during the game in response to the decisions you make. The three endgame movies are well worth the wait and cap off the storyline well.

The gameplay is brilliantly done, allowing you to chose between stealth and combat by keeping different items/weapons, upgrading different skills or selecting different nano augmentations. It takes approximately twenty hours to complete, meaning it will keep you busy for a while.

The storyline is based in the future, with a plague called “the gray death” killing off hundreds of millions of people. You start out working with UNATCO (United Nations Anti Terrorist Coalition Organization?), and one of your jobs is to prevent the theft of the one vaccine for the gray death by the terrorist organization the NSF. However, even UN organizations can be corrupted by businesses with enough money…

This game has everything a perfect game needs except for brilliant graphics and good multiplayer. I would recommend buying this game and also the sequel, Deus Ex Two: Invisible War.

1 out of 1 people found this review helpful.
The year is 2052 and the world is a dangerous and chaotic place. Terrorists operate openly - killing thousands; drugs, disease and pollution kill even more. The world's economies are close to collapse and the gap between the insanely wealthy and the desperately poor grows ever wider. Worst of all, an ages old, conspiracy bent on world domination has decided that the time is right to emerge from the shadows and take control. No one believes they exist. No one but you.

In this thrilling roleplaying adventure, you play the part of a powerful, nano-technologically augmented anti-terrorist agent. It's up to you to stop the conspirators from achieving their goals.