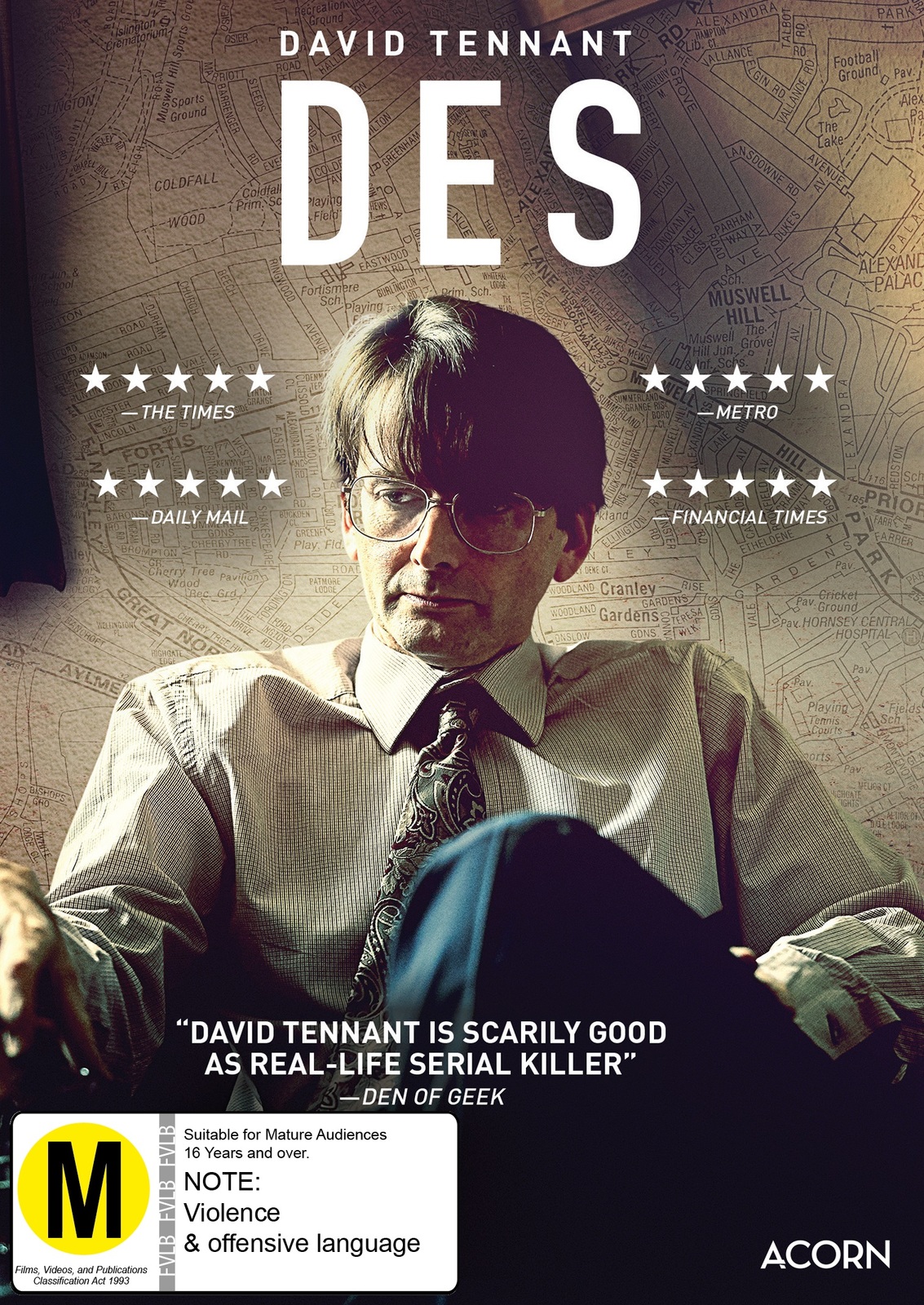 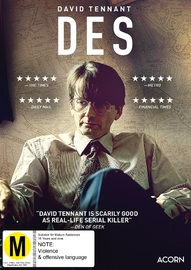 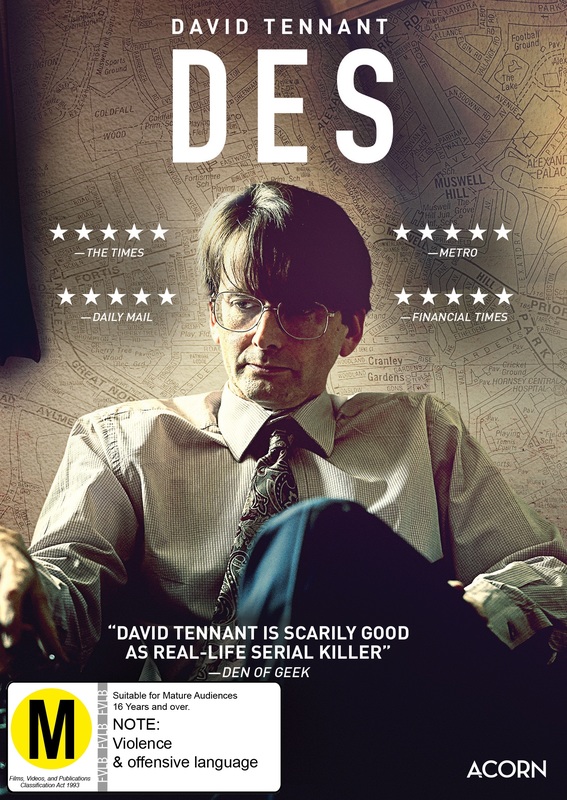 Incredible actor versatile and shows here a very sinister side which he portrays brilliantly here onscreen for us the viewer in this 3 part mini series.. Great acting and great portrayal.. Highly recommended

Des is a true crime drama focusing on one of the most infamous criminal cases in UK history Dennis Nilsen Known as the ‘kindly killer’, Nilsen (David Tennant, Good Omens, Broadchurch) was a local civil servant who spent five years murdering boys and young men he met on the streets of London’s Soho from 1978 to 1983. When he was finally caught on 9 February 1983 Nilsen had murdered a total of fifteen men over a period of five years, making him Britain’s most prolific serial killer of the time. After his arrest, Nilsen was astonishing in his honesty admitting outright to all fifteen murders in the police car outside his flat. But infuriatingly for the investigating detectives, he couldn’t remember any of his victims’ names. With no apparent motive, inconclusive forensic evidence and most of Nilsen’s victims living off grid, the police started the biggest manhunt investigation in UK history. This time not for the murderer, but for the murdered.