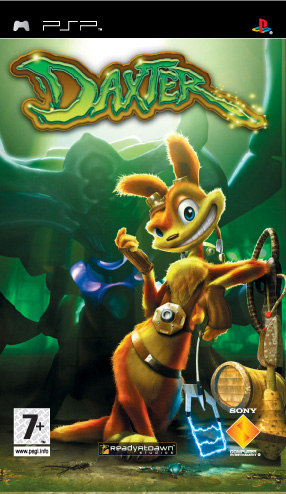 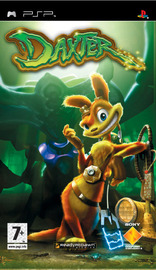 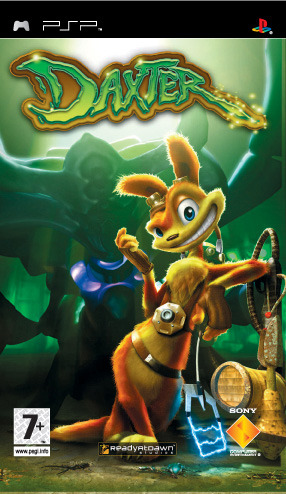 On gamespot.com it got a score of 9.1 the same as Ratchet and Clank 1 and Jak 2 renegade. It's only 20 dollars it is a must!

On gamespot.com it got a score of 9.1 the same as Ratchet and Clank 1 and Jak 2 renegade. It's only 20 dollars it is a must

Half Otter. Half Weasel. All Trouble! Daxter is centered around the world of the orange ottsel made popular in the Jak and Daxter franchise. The story unfolds as Daxter searches for Jak, who was imprisoned during the events that led to the start of Jakk II.

Daxter is a totally fresh take on the Jak and Daxter universe by casting him as the main character and finally allowing gamers to play as the wisecracking sidekick.

Daxter aims to set the standard for character action games on the PSPâ„¢ while pushing the Jak & Daxter universe in new directions enabling players to see it from a totally different perspective.

The game takes place during the two years Daxter spends trying to find and free Jak, who was imprisoned during the events that led to that start of Jak II.

Daxter is now on his own, in an unknown place and quickly realizes that being small and furry doesn't do a lot for his chances of survival. Taking on the job as pest exterminator to help stamp out a mysterious bug infestation, Daxter explores parts of Haven City and collects clues to find Jak. The thing is, nothing ever goes his way and Daxter will soon realize that he'll get more excitement from his job than he bargained for!