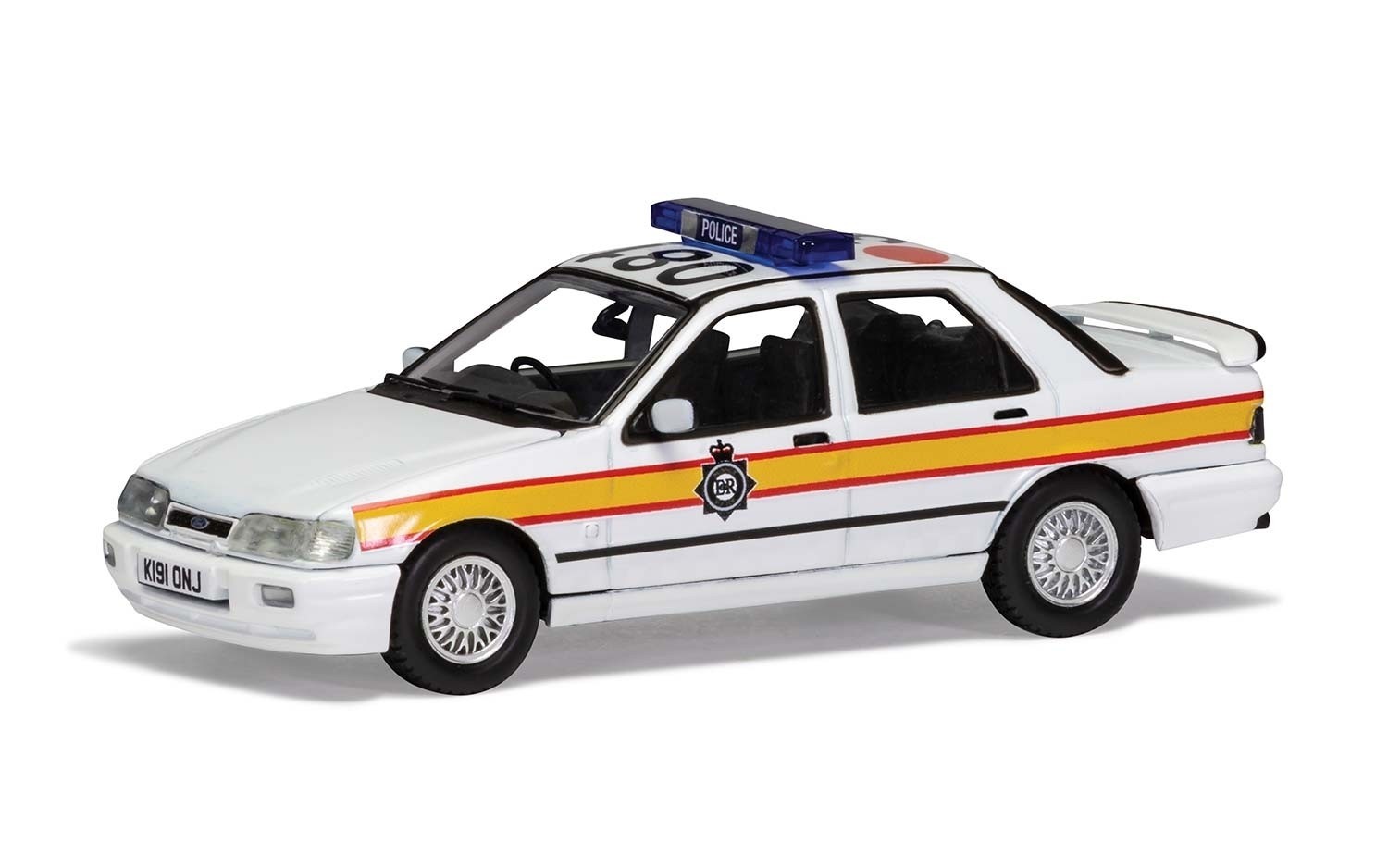 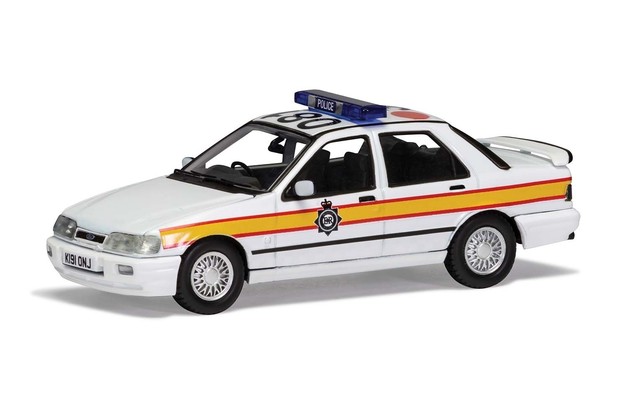 The Cosworth modelled was one of a small batch bought by the Sussex Police in June 1993 and was stationed at their main Traffic base at Bexhill-on-Sea. It wore the Sussex Police's unique livery and was more popular with crews than the Rover 800s and Vauxhall Senators the Traffic Division also used. Although considered to be almost the perfect ‘police package’, Sussex did discover a problem with their Cosworths; when left ticking over, which often happens in policing, the catalyst would slowly fill up with oil and gradually, over time, reduce the car's power. Sussex then communicated this to other forces who'd also been getting this problem and not worked out the cause. As the Sierra Cosworth morphed from a raw 3-door homologation special to a svelte and surefooted 4-door and four-wheel-drive businessman's ex­press, it started to gain traction with the UK police in the motorway Traffic Car role, especially as rising insurance premiums depressed sales, which led to Ford offering them at a discount. That role had hitherto been fulfilled by large powerful mainly 6-cylinder cars, Jaguars, Rovers and Ford Zephrys or Granadas. However, the Cosworth had the performance and handling to outrun those large cars in a straight line but, being smaller and lighter, was far more agile. However, it was still just about capacious enough to carry the necessary equipment, which was increasing during this era, and was surprisingly economical unless driven hard.