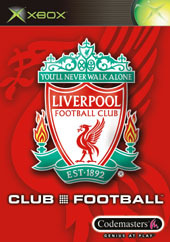 Unavailable
Sorry, this product is not currently available to order
For the first time, experience the glory, match day tension, heat of battle, and passion in the only official game for your club and your footballing heroes. Club Football is a game like no other – in fact it's seventeen games like no other! Seventeen unique games, each one exclusively endorsed, and branded by a major European club side: Manchester United, Liverpool, Juventus, Bayern München, AC Milan, Arsenal, Ajax, Real Madrid, FC Barcelona, Chelsea, Inter Milan, Leeds, Glasgow Rangers, Celtic, Borussia Dortmund, Aston Villa, and Hamburg. It's YOUR clubs official football game. Your favourite players have never been as realistically modeled. For the first time your heroes play in the authentic club strips and accurately detailed stadia. No other football game devotes so much attention to detail to totally immerse you into your club. With 17 separate versions, Club FootballTM is targeted at fans of specific football clubs. This championship-winning game is set to change the shape of branded sports games forever. YOUR CLUB, YOUR PASSION, YOUR GAME. Features:
Release date NZ
October 26th, 2003
Game Platform
Publisher
Codemasters
UPC
5024866322804
Product ID
1461049