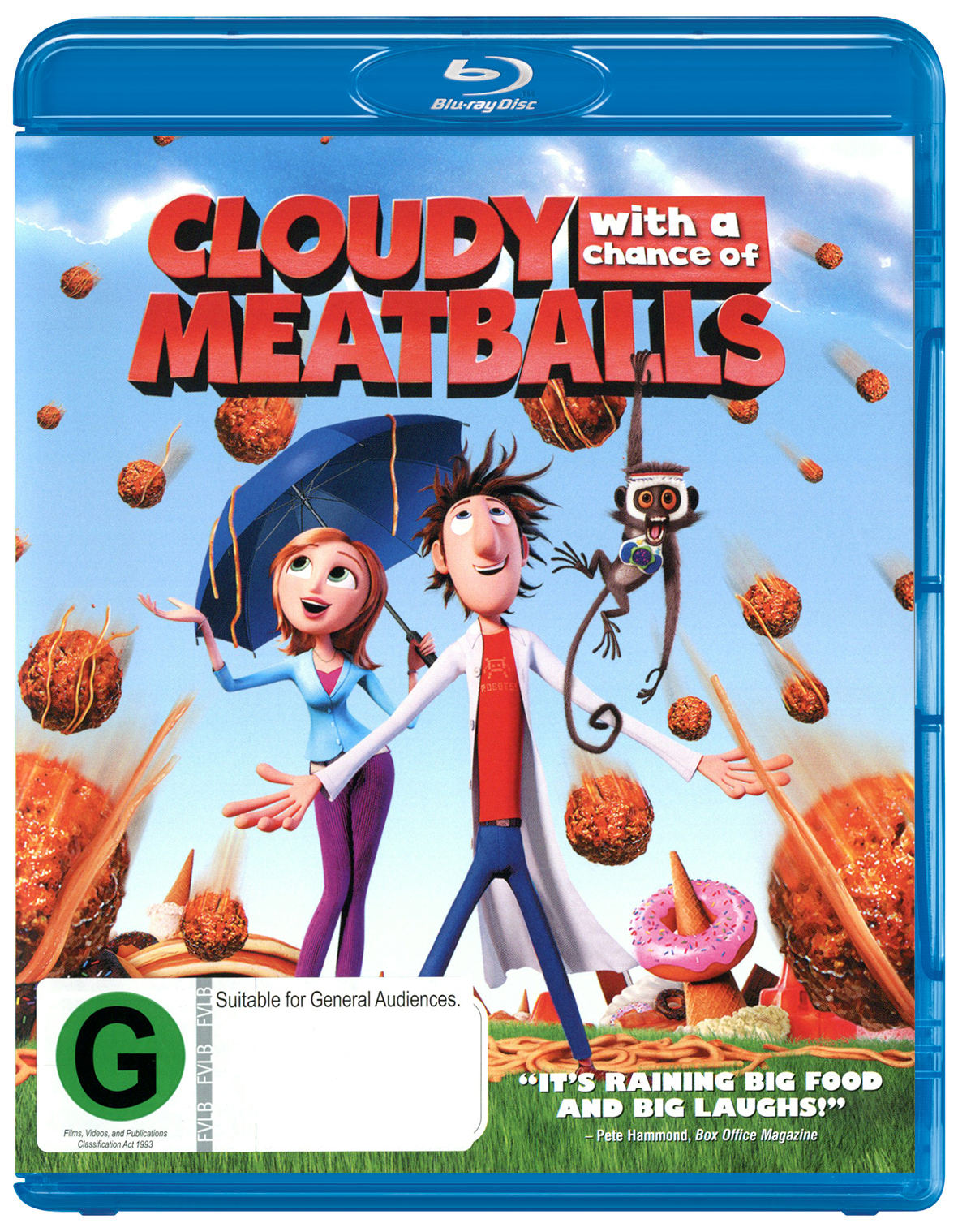 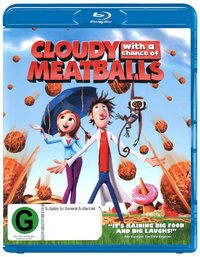 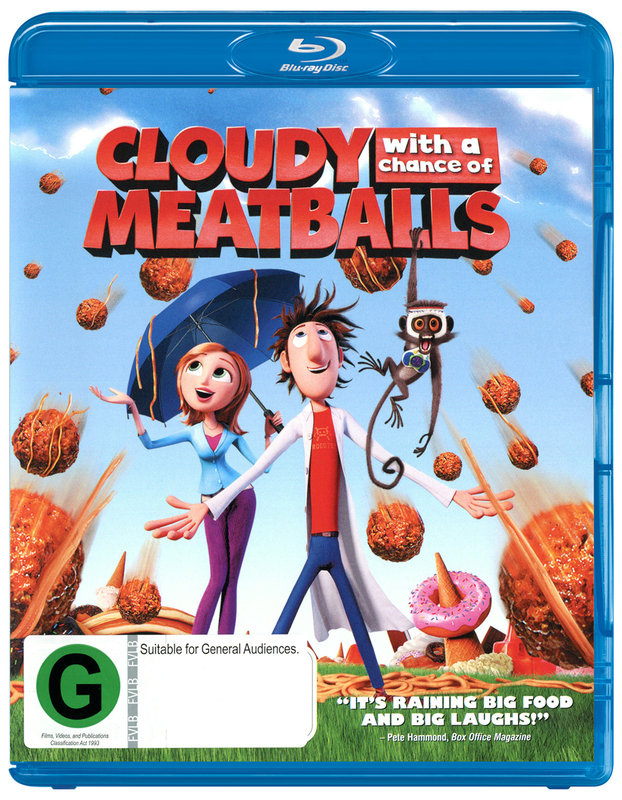 And also full of food puns. It is also a charming and zany movie about how giant food rain can bring a father and son together.

Some great laughs to be had from rather unexpected situations.

Regarding on what I had mentioned, we all need to have animated films like these – If not Mary Poppins, Sound of Music, The Rocketeer, Back to the Future, Glee – Seasons 1–6, or at least get into comedic sorts of films in a way make yourself Laugh somehow. So people this film Cloudy with meatballs worth a laugh with your kids

Cloudy with a chance of Meat Balls is an excellent animated movie. Thanks to Sony Pictures Animation, we have a film that is entertaining, fun and hilarious. It has morals and looks appetizing. How do they do it you ask? Well I can tell you because I've already prepared this delicious review.

Bill Hader (Tropic Thunder) voices Flint Lockwood – a young boy with aspirations of becoming the greatest inventor in the world. Flint lives in a boring town on a remote island were he is bullied for being a nerd in class. After a demonstration of his new spray on shoes goes horribly wrong, Flint looses all confidence as an inventor. Flint's mum gives him his very own white scientist coat and encourages Flint to continue creating inventions. As Flint grows up he creates various gadgets, all as disastrous as the next. Anna Faris (Scary Movie) voices Sam Sparks, an intern at a New York news station with dreams of becoming a weather reporter. Sam is assigned the task of traveling to Swallow Falls Island for its grand reopening. This is where Flint ultimately decides to test his latest monstrosity, a machine that can turn water into food. Flint loses control of his contraption as it rockets towards the sky. In the process, Flint manages to destroy the grand reopening, ruining the town's new theme park as well as crushing any hope Sam has of becoming a weather reporter. To Flints surprise, his machine works and it begins to rain hamburgers from the sky. Flint becomes the town's hero delivering a buffet of delicious foods from the heavens, but not all good things last forever.

I was pleasantly surprise by this movie. It satisfied my appetite completely. It was interesting and kept me captivated the whole way through. It reminded me of Invader Zim – it has that same epic craziness about it. Flint has a Monkey called Steve, a GIR like sidekick for Flint, who loves Gummy Bears – a lot. It was really funny and it doesn't rely on outdated pop culture references e.g.: Monsters vs Aliens or Planet 51, which get boring and lack originality. The animation is fantastic, giving it a visually exaggerated look which adds to the comedy. Cloudy with a chance of Meat Balls is a magnificent feast for you eyes, a delightfully scrumptious four course meal in a five star restaurant.

However it did leave me with a sour aftertaste. I saw through the seemingly innocent yellow jello. I thought the movie could do without the romantic relationship. It wasn't necessary or vital to the story. I'd like some childrens movies to promote friendship over romance. There are a couple of unnecessary moments in this film which don't add to the film, or if were removed wouldn't be missed. These are really minor and would go over most peoples' heads unnoticed, but they really annoyed me.

Cloudy with a chance of Meat Balls is definitely a must see and looks mouth watering good on Blu-ray.

Cloudy with a Chance of Meatballs

Get ready for an exciting serving of endless fun and world-wide food disaster of epic portions for the entire family!

When Flint Lockwood's (Bill Hader) latest contraption accidently destroys the town square and rockets up into the clouds, he thinks his inventing career is over. Then something amazing happens as delicious cheeseburgers start raining from the sky. His machine actually works! But the machine starts to run amuck, unleashing spaghetti tornadoes and giant meatballs that threaten the world!

Comments: 3D /2D Edition. Item is in like new condition.