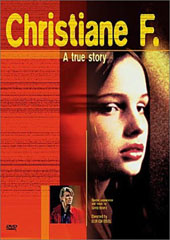 Unavailable
Sorry, this product is not currently available to order
The shocking story of an alienated 14-year-old girl who, along with her boyfriend, becomes addicted to heroin and involved in prostitution to support their habit in the German metropolis of Berlin. Based on a true story, this gripping tale features a live performance by David Bowie, who also performs the theme song as well as many of his classic hits. An early effort from the director of LAST EXIT TO BROOKLYN and BODY OF EVIDENCE. Special Features:
Release date NZ
September 26th, 2003
Stars
Length (Minutes)
138
Language
German
Subtitles
English
Supported Audio
Studio
Madman
Genre
Movie Format
DVD Region
Edition
Original Release Year
1981
Product ID
1460722