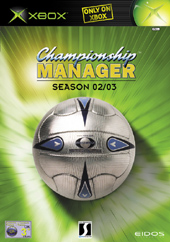 Due to COVID-19, we're unable to accept orders for non-essentials items at this time. Learn more...
Championship Manager: Season 02/03 will provide fans with all the latest features and updated information for the new football season. All new additions include the latest player and team data for over 100,000 players and staff, additional leagues and the all-new FIFA transfer window.