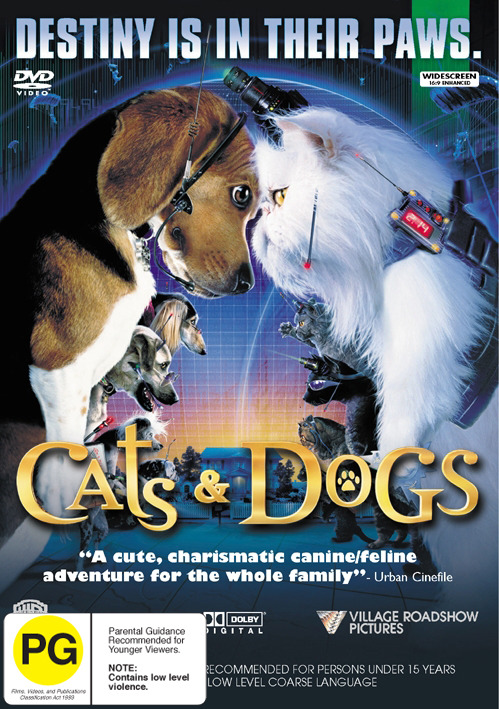 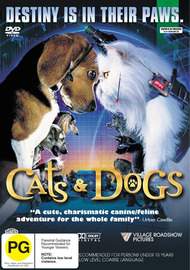 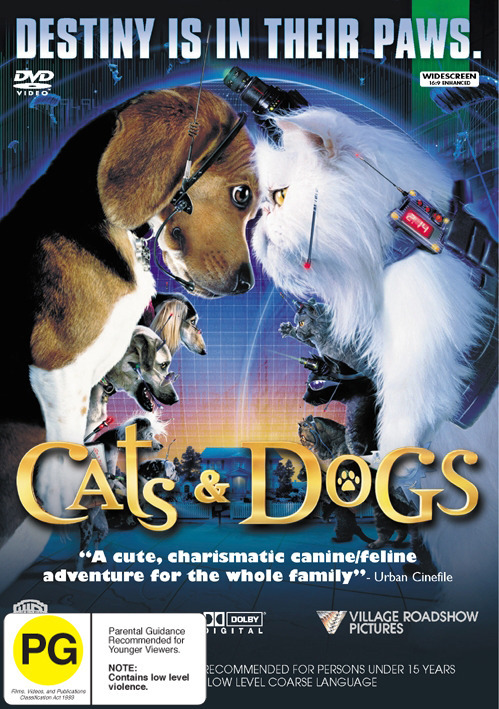 There's a secret war being waged in the homes and neighborhoods of Earth that the humans don't even know about; an eternal struggle between two great armies: the Cats and the Dogs. The film follows a Cat's plan to destroy a new vaccine, that if developed, would destroy all human allergies to Dogs, and the Dogs' efforts to stop the Cats. Specifically, it's the story of a young pup (Tobey Maguire) whose job it is to guard the vaccine. Other dogs include a wise older dog who watches out for him (Susan Sarandon), a large friendly dog (Michael Clarke Duncan), and a small dog who serves as an electronics expert (Joe Pantoliano).

Jeff Goldblum is the human scientist that invented the vaccine.