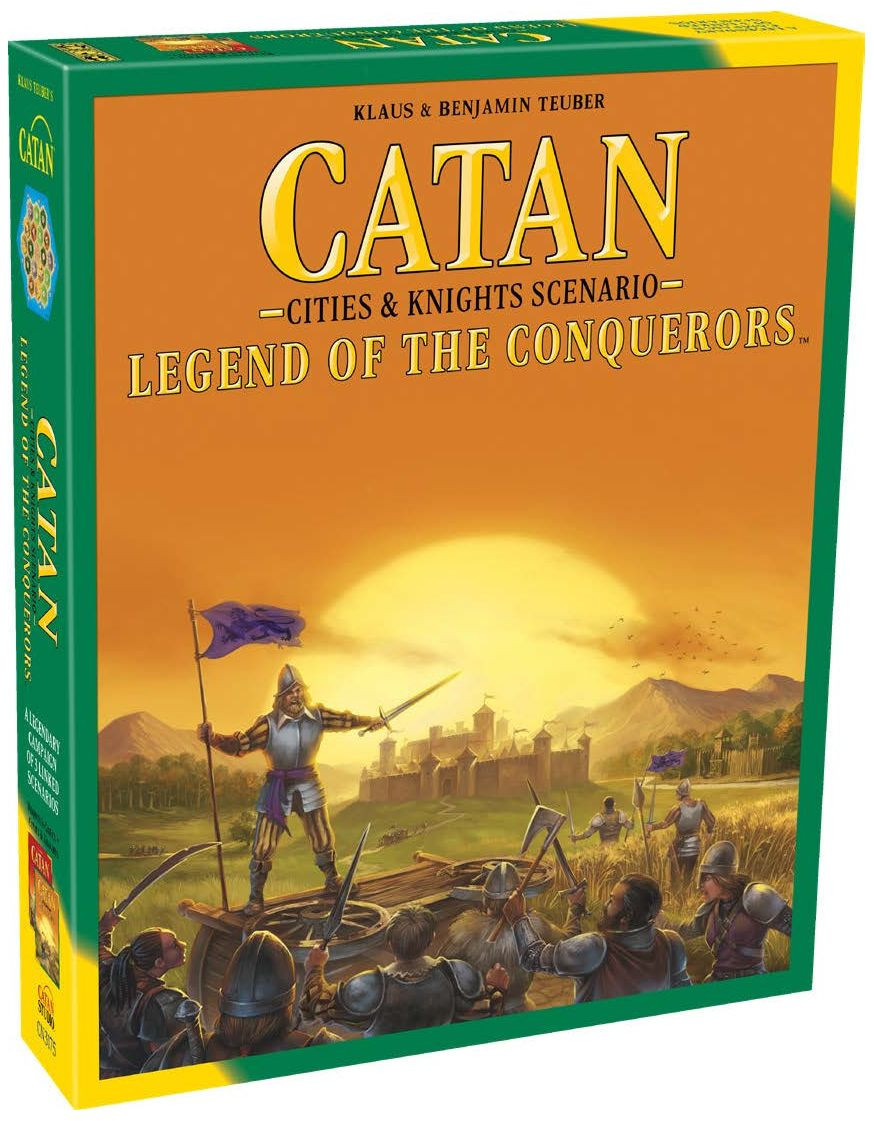 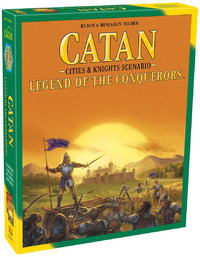 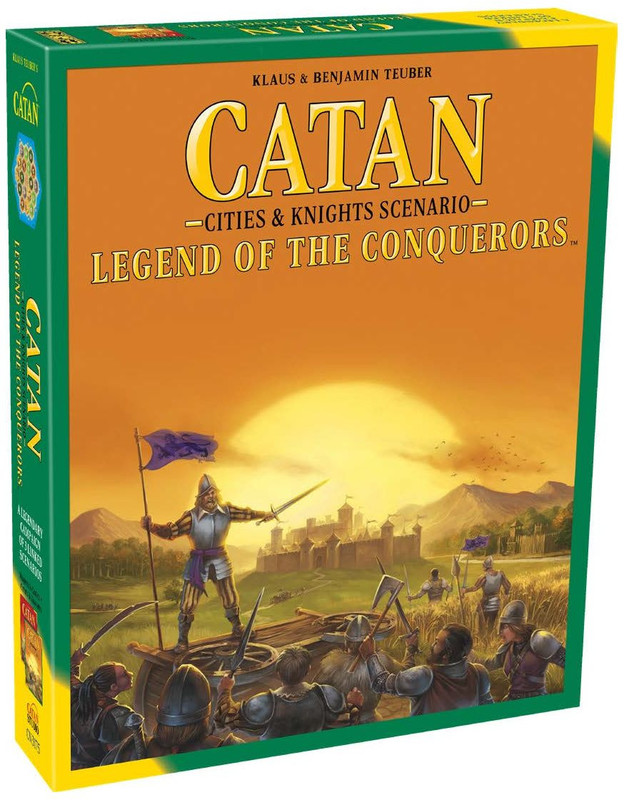 CATAN: Legend of the Conquerors is the story after the episode that was played out in Cities & Knights. An Old World country has arrived posing threat to Catan’s indepen­dence, and a large army has landed on the northern shores. Players adopt the roles of Catan army commanders over the course of three new scenarios to try to thwart the conquest of the island by Old World invaders. The game box comes with 9 Frame pieces, 24 Terrain Hexes, 3 Chapter boards, 20 Conquerors, 16 Forts, 18 Politics Progress cards, 20 Battle Progress cards, 32 Amber tokens, 32 Wine tokens, 5 Trade Stations, 1 Direction marker, 10 Number tokens, 4 Landing markers, 4 Settlement markers, 4 Road markers, 3 Blocked Road markers, 4 Cannons, 4 Horses, 8 markers, 4 Foundries, 4 Horse Farms, and Overview cards. This scenario requires the CATAN base game and the Cities & Knights Expansion to play. CATAN: Legend of the Conquerors is for three to four players, ages 14 and up, plays in 120 minutes. 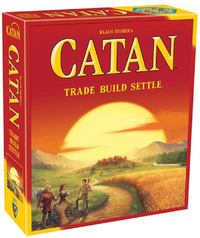 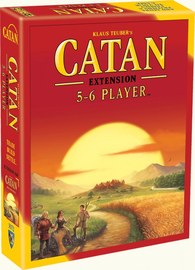 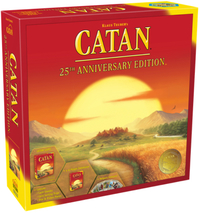 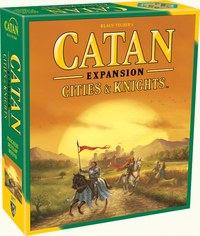 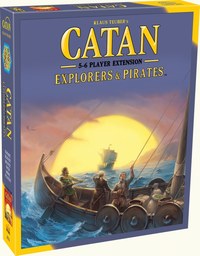