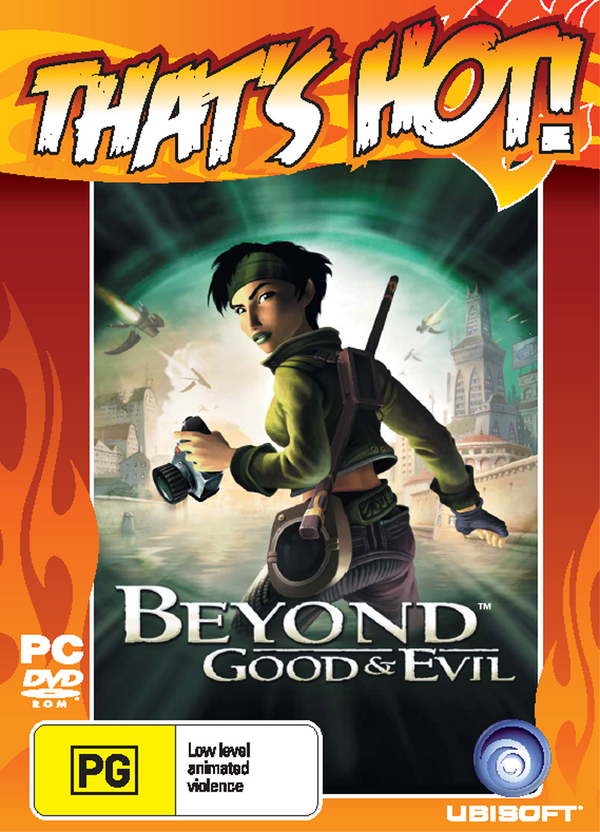 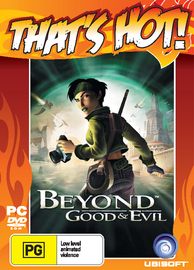 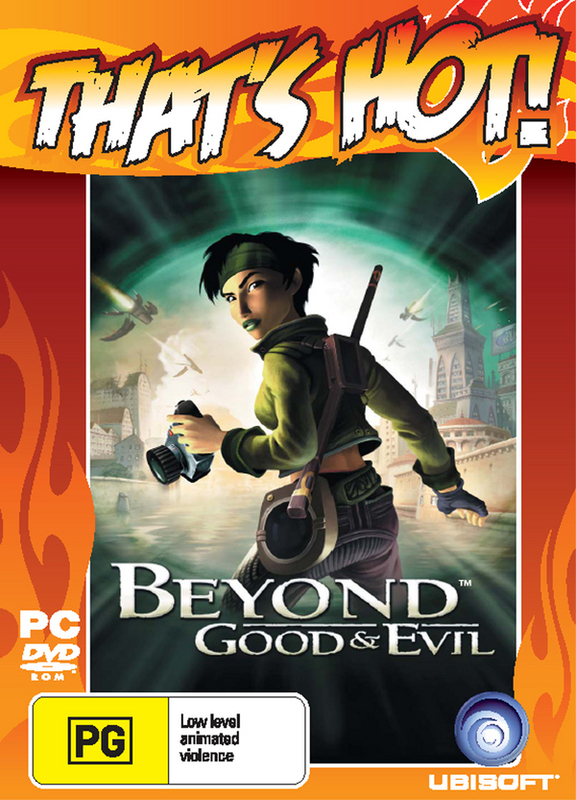 Beyond Good and Evil is a third person action game set in the imaginary world of Hyllis. The game environment is done very well and works nicely with the open ended nature of the game. Graphics are cartoon like but beautiful. I found the game mechanics to be a little clumsy at times, especially with the unpredictable (and sometimes outright annoying) camera system. When you want to look up the camera points down…etc. and you don't have much control over the camera either.

In the game you also get to do some hovercraft racing, which is very fun, and in terms of action there are battles (a few bosses) and some stealth missions too.

Glitches aside, the story line is done well, voice acting is above average and the puzzles are not bad either. If you like third person action with elements of puzzle solving and racing then this is the game for you.

I installed this game and started playing. With a moderate intro segment, I was then in the middle of a combat scene and had no idea what was going on. This is one weird game, and for people like myself who never got into final fantasy or kings quest or any sort of adventure/action game, I have been thrown into the deep end.

It isn't user friendly – you have to learn the controls, and it feels in a way more like a console game than a pc game, and I got stuck twice trying to work out how to save the darn thing.

All in all a good game, but weird!

The vast, peaceful planet of Hyllis has fallen under siege by a relentless alien race. After a devastating battle, a Hyllian named Jade is relieved to find that the planet's defense forces, the Alpha Sections, have saved the populace from certain destruction, as they have always done in this ages-long conflict. But when Jade takes a mysterious reconnaissance assignment for IRIS, a rebel organization that challenges the official version of events, she must question her own perception of truth. Angered and shaken by what she discovers, Jade begins a harrowing journey to get to the core of the conspiracy.

Armed with her camera, aikido staff, and resolute investigative skills, Jade sets out to expose the dark secrets behind these alien invasions and to liberate the minds of her deceived people. Pushed to the very edge of her physical and spiritual will, she soon discovers that even these limits are not what they seem â€¦ Her quest for the truth knows no bounds.