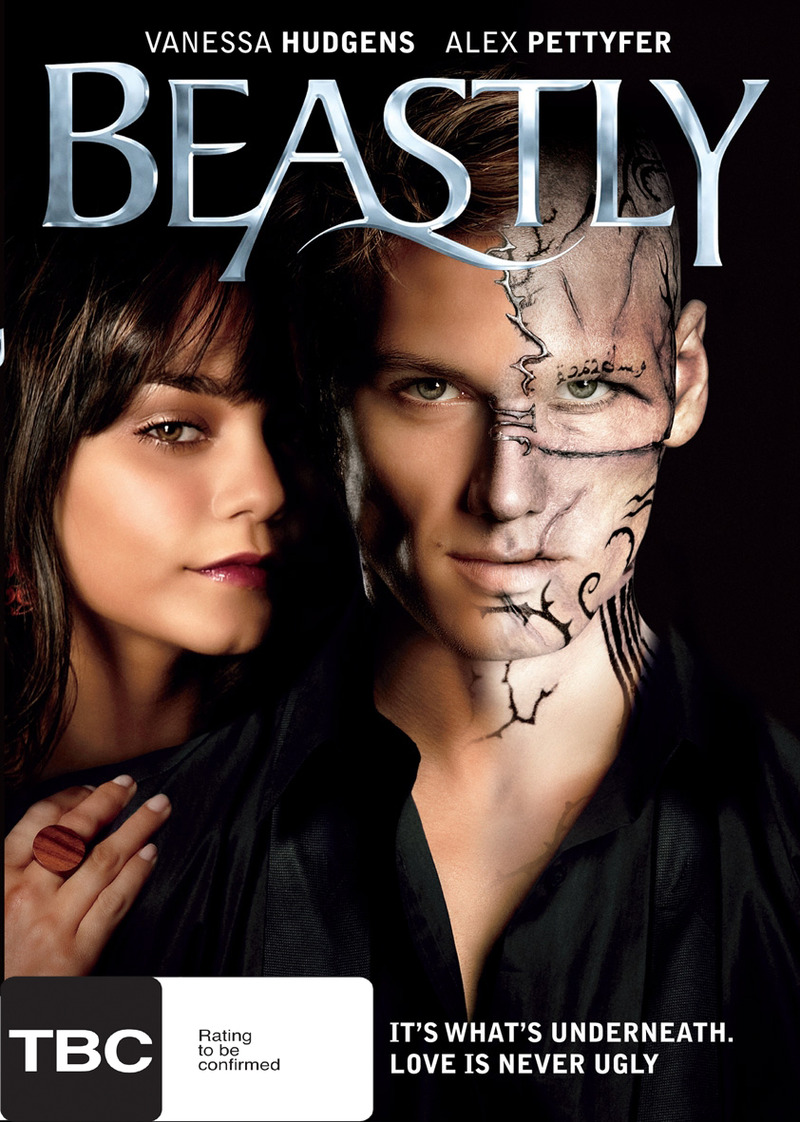 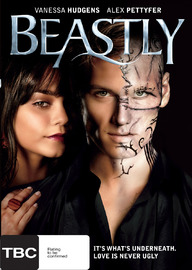 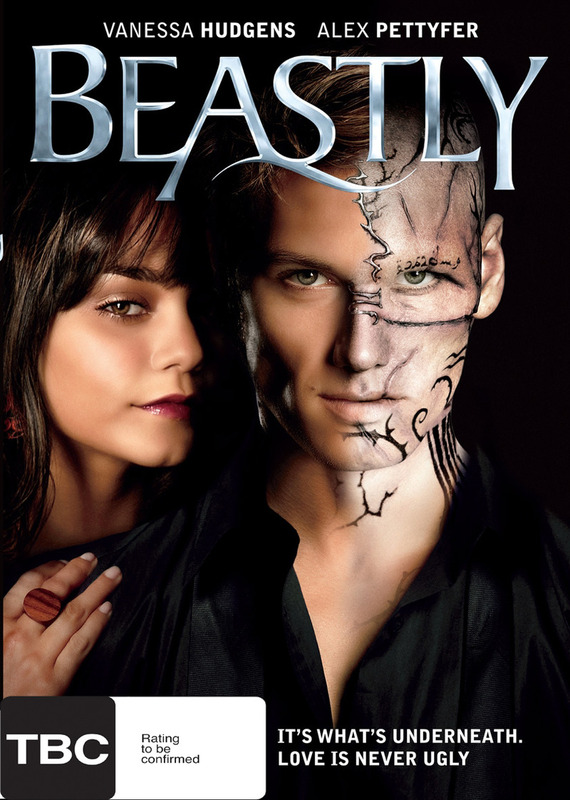 I'm usually pretty easy to impress but this movie – while pretty, was pretty emotionally shallow. The lead actors failed in putting across realistic emotion or making me care for their messed up romance. Olson Twin 1 was the only upside of this film – surprisingly. She is totally BAD as a witch and oh so scandalous!

While this movie may not have been a blockbuster hit it is worth watching. The message in the movie to not take things at face value and look deeper is one that we need to be reminded of.

Based on the novel of the same name by Alex Flinn, Beastly is a modern-day adaptation of Beauty and the Beast.

Seventeen year old Kyle (Alex Pettyfer, I Am Four) is the spoiled, shallow and incredibly popular prince of his high school kingdom. Entirely captivated and empowered by his own physical appearance, Kyle foolishly chooses Kendra (Mary-Kate Olsen), a witch masquerading as a high school student, as his latest target for humiliation. Unfazed by his cruel behaviour, Kendra decides to teach him a lesson – she transforms him into someone as unattractive on the outside as he is on the inside. Now he has one year to find someone who can see past the surface and love him, or he will remain “Beastly” forever. His only hope, a quiet classmate he never noticed named Lindy (Vanessa Hudgens), may be his best chance to prove that love is never ugly.