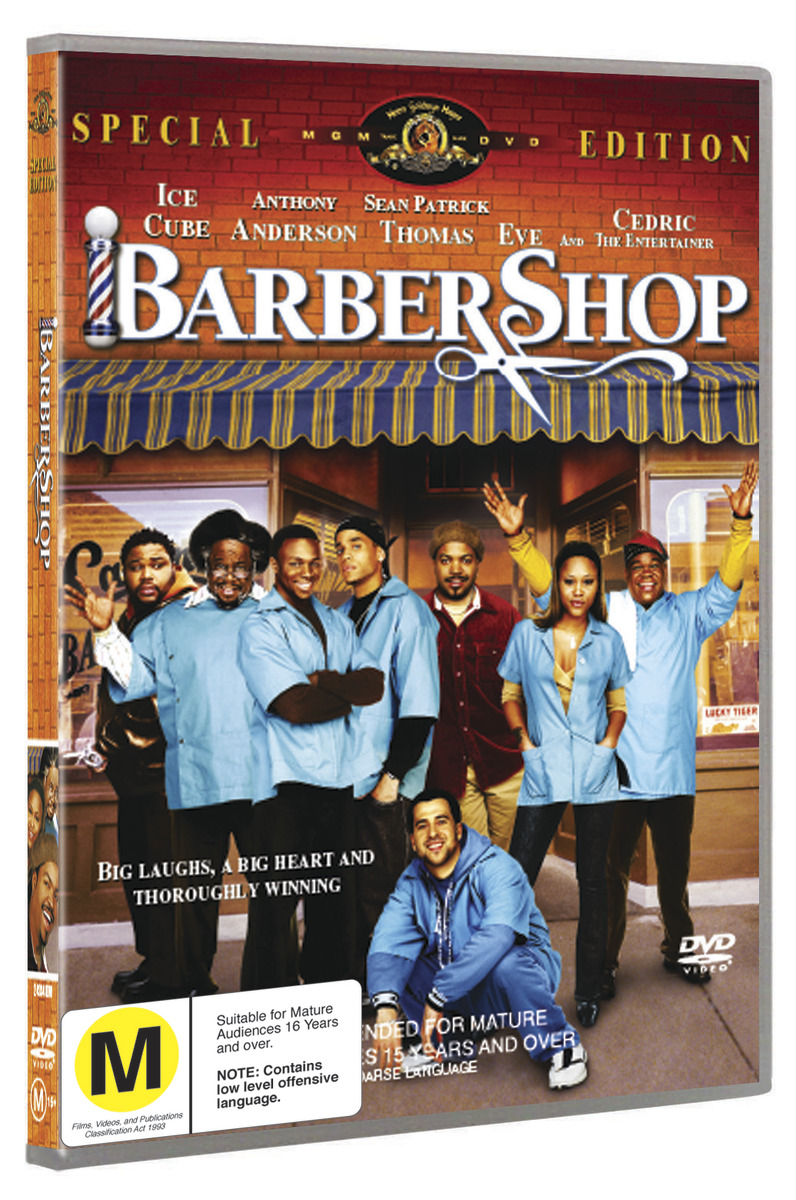 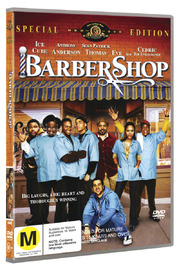 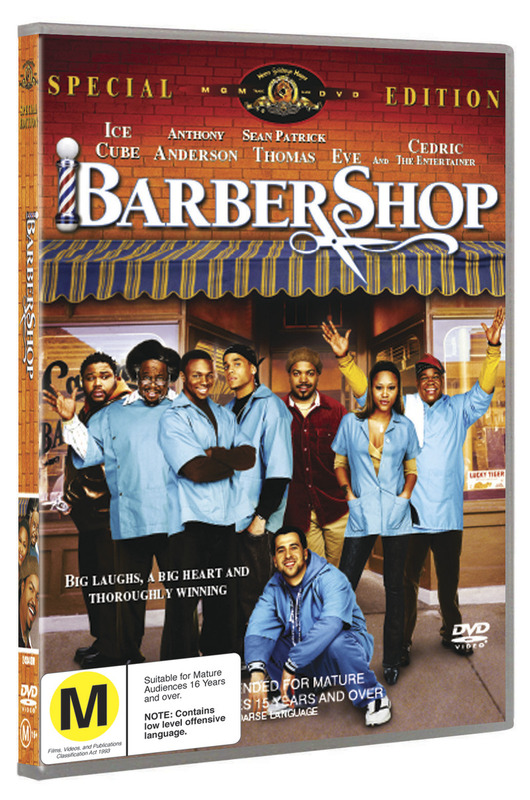 Such a great movie, such a classic. We watch this over and over again, brilliant.

A smart comedy about a day in the life of a barbershop on the south side of Chicago. Calvin (Cube), who inherited the struggling business from his deceased father, views the shop as nothing but a burden and waste of his time. After selling the shop to a local loan shark, Calvin slowly begins to see his father's vision and legacy and struggles with the notion that he just sold it out. Calvin's barbershop is filled with an eclectic and hilarious cast of characters that share their stories, jokes, trials and tribulations. In the shop we find Eddie (the Entertainer), an old barber with strong opinions and no customers. Jimmy (Thomas) is a highly educated barber with a superiority complex who can't stand Isaac (Garity), the new, white barber who just wants a shot at cutting some hair. Ricky is an ex-con with two strikes against him and is desperately trying to stay straight. Terri (Eve) is a hard-edged woman who can't seem to leave her two-timing boyfriend. And lastly there's Dinka, a fellow barber who is madly in love with Terri but doesn't get the time of day.