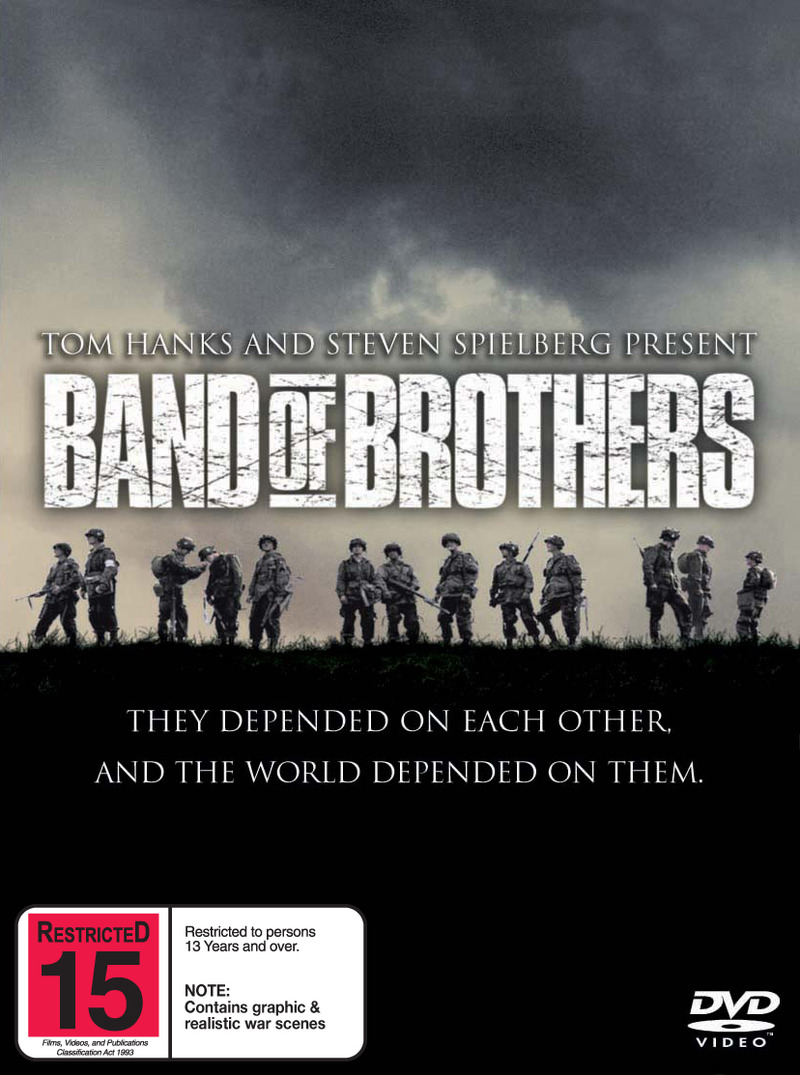 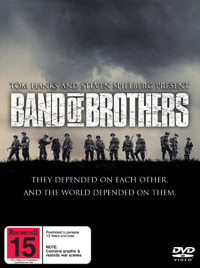 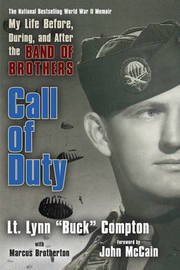 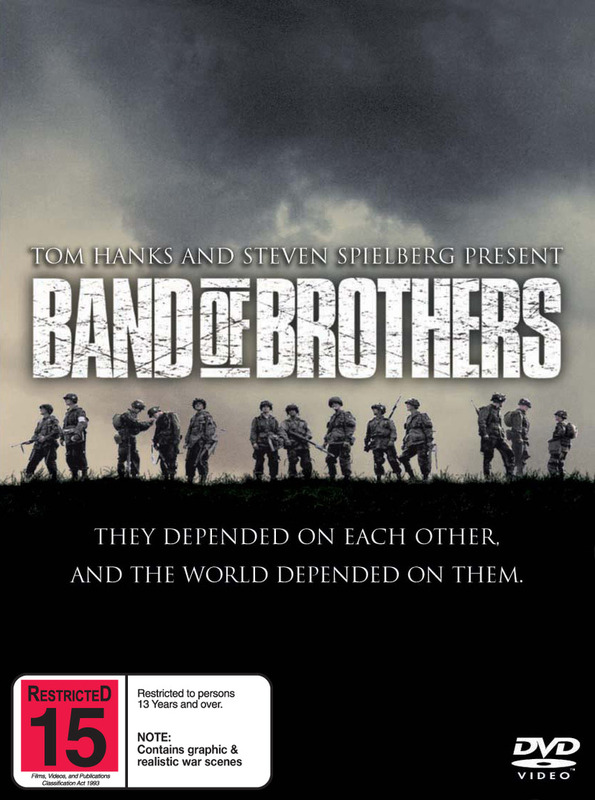 If you have seen Saving Private Ryan and liked it, then you simply must see this series.

Also directed by Steven Spielberg, with Tom Hanks, both from the SPR movie, this all takes place during World War 2. It closely follows ‘Easy Company’, a group of American Soldiers, from their training in the US, to parachuting into France on D-Day, and then through the next few years.

It focuses closely on the individual soldiers, their experiences and friendships, as they fight their battles across Europe. Easy Company was sent into the front and the thick of the fighting, being an exceptionally tough ‘band of brothers’. They suffered many losses over the years, and by being shown on such a personal level, you get a real understanding of what it may have been like to be in the middle of the fight.

Each episode is prefaced by a short intro of the surviving members of the soldiers themselves, now well into their 70's, that all the characters are based on, and this sets the scene for each of the episodes. Knowing this is all based on fact makes it only the more shocking and lends a greater impact.

Like SPR, this isn't always ‘fun’ entertainment. The battle scenes are intense – think the beach landings at Normandy in SPR – so this is not for the faint-hearted. However, this is an important series in that it portrays a pivotal time in the war, and as a historical record it ought to be shown again and again to remind people that war is not glamorous.

I cannot recommend this highly enough – the extras disc has some fantastic behind-the-scenes footage as well of how everything was filmed, longer interviews with the surviving soldiers, and short doco's by one of the actors that were filmed as they shot the episodes themselves.

I fist saw this on tv about a year ago and when I saw it on Mighty Ape I knew straight away I was going to buy.This is one of my favorites along with Black Hawk Down and We Were Soldiers.

The acting and special effects are first class and the it is generally historically accurate, although some minor changes and muckups have occurred. In general it is gripping, action packed and overall greatly interesting and enjoyable to watch.

Basically if you are interested in war or action movies I highly recommend you buy this.

I got this mini-series for Xmas after watching some of it on the History Channel. It is 10 jam-packed hours of top-notch cinematic filming. The cast are fantastic and the extras DVD is really interesting (just watch it AFTER you've seen the series because it gives some of the effects away). I have now watched it several times and it still enthralls me. It really will your put your life into perspective when you see what the brave soldiers had to go through.

On June 6, 1944 an elite rifle company parachuted into France and made world history on what would become known as D-Day. They fought in the Battle of the Bulge, captured Hitler's Eagle's Nest at Berchtesgaden and became true American heroes over the course of their service in WWII. Now, the story of this elite Army unit, told through a ten-part epic that will become a part of home entertainment history.

Based on Stephen E. Ambrose's non­fiction bestseller, BAND OF BROTHERS tells the story of Easy Company, 506th Regiment of the 101st Airborne Division, U.S. Army. Starting with their rigorous training in Georgia in 1942, it recounts the achievements of the elite rifle company from D-Day to the fall of Nazi Germany and the surrender of Japan.