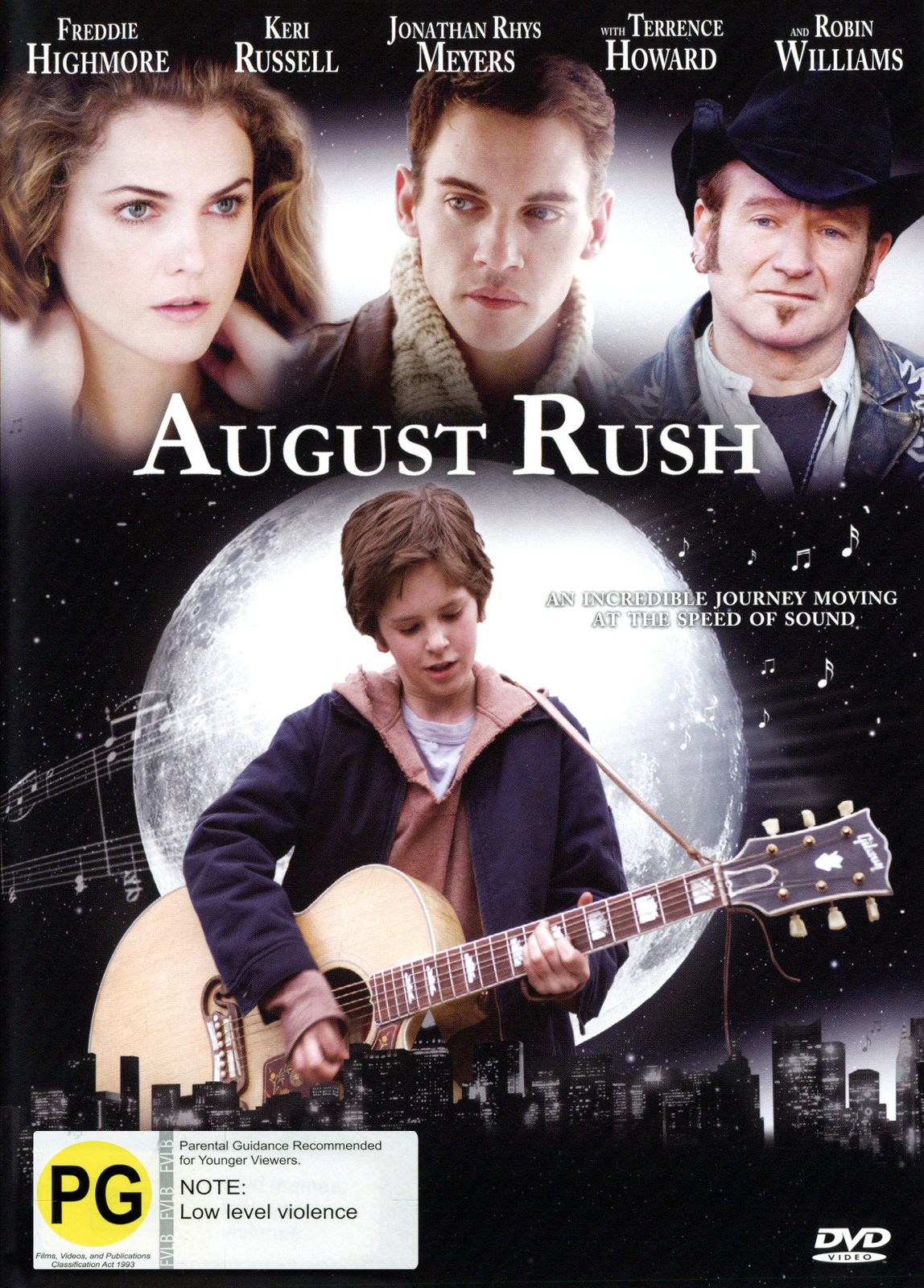 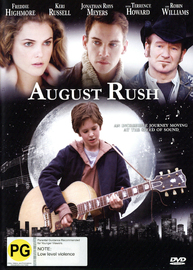 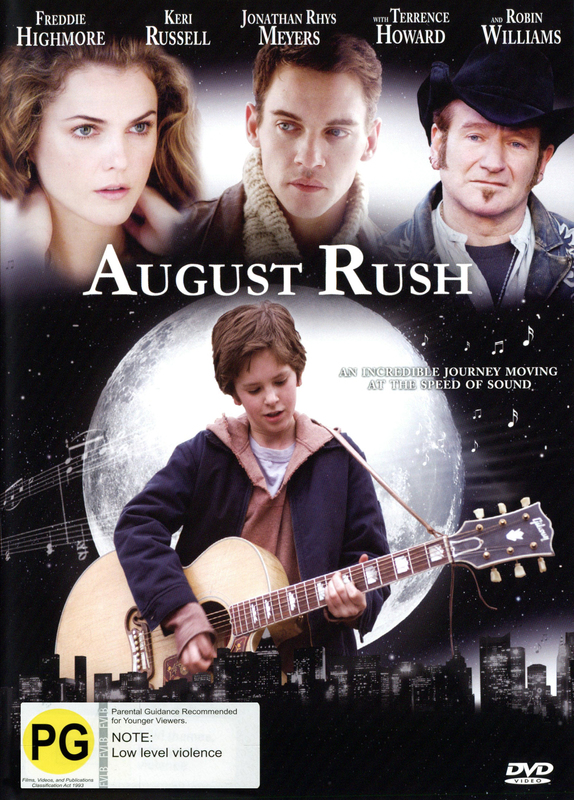 We watched this as a family and all got something out of it – and all enjoyed it. The music was amazing. Clean movie – a rarity these days. Will watch it again – and probably again!

This is a story about what can happen when True love and Happiness prevails against loss…Kerri Russell, Johnathon Rhys Meyers and Robin Williams. Characters all have a story to tell Freddie Highmore plays the part of a boy who who is Very Clever. Has a great love of and is able to Express himself through music all while not having his parents in his life played by Kerri and Johnathon …Only to have a very happy ending

An incredible journey moving at the speed of sound.

The story of a charismatic young Irish guitarist and a sheltered young cellist who have a chance encounter one magical night above New York's Washington Square, but are soon torn apart, leaving in their wake an infant, August Rush, orphaned by circumstance. Now performing on the streets of New York and cared for by a mysterious stranger, August uses his remarkable musical talent to seek the parents from whom he was separated at birth.