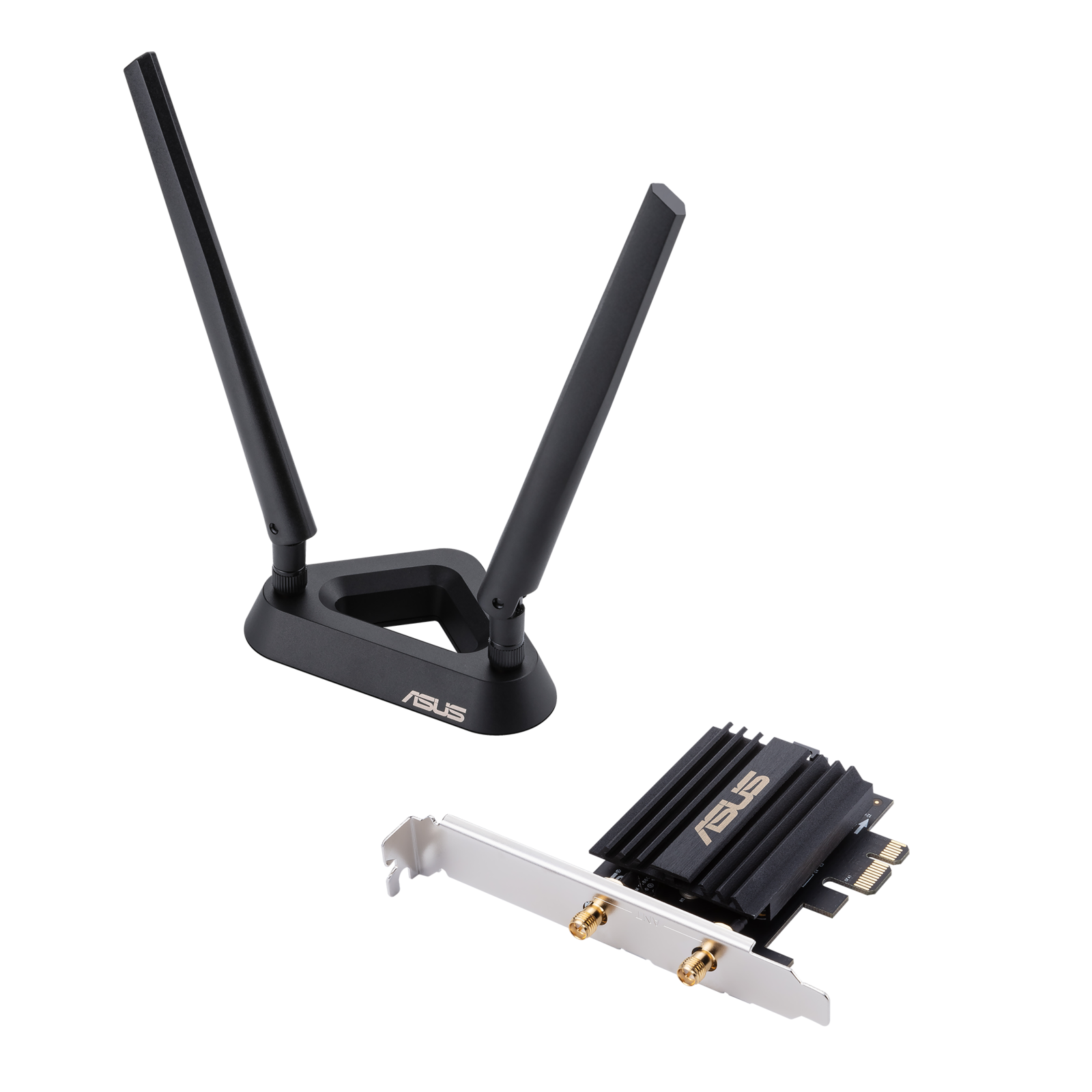 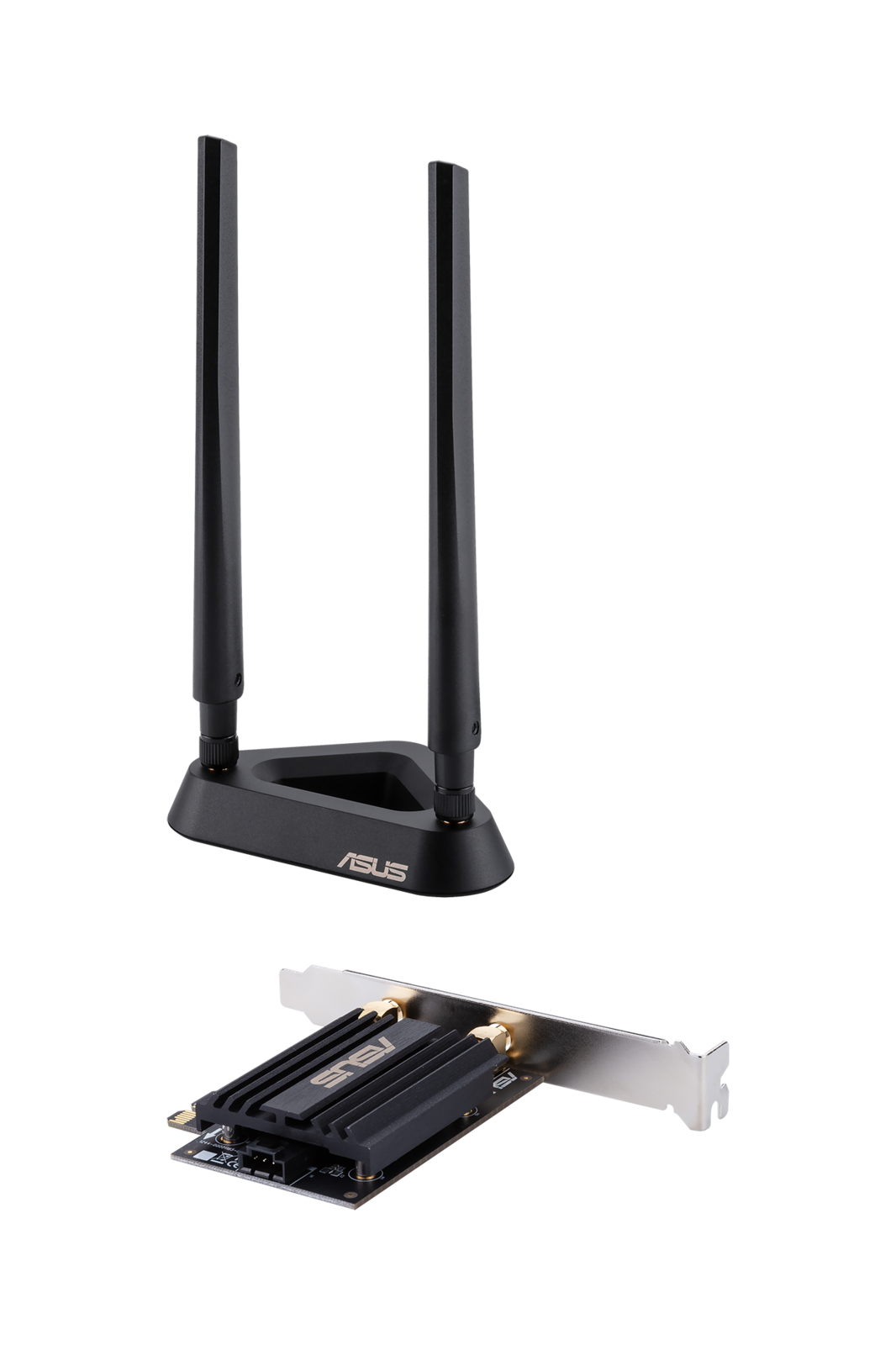 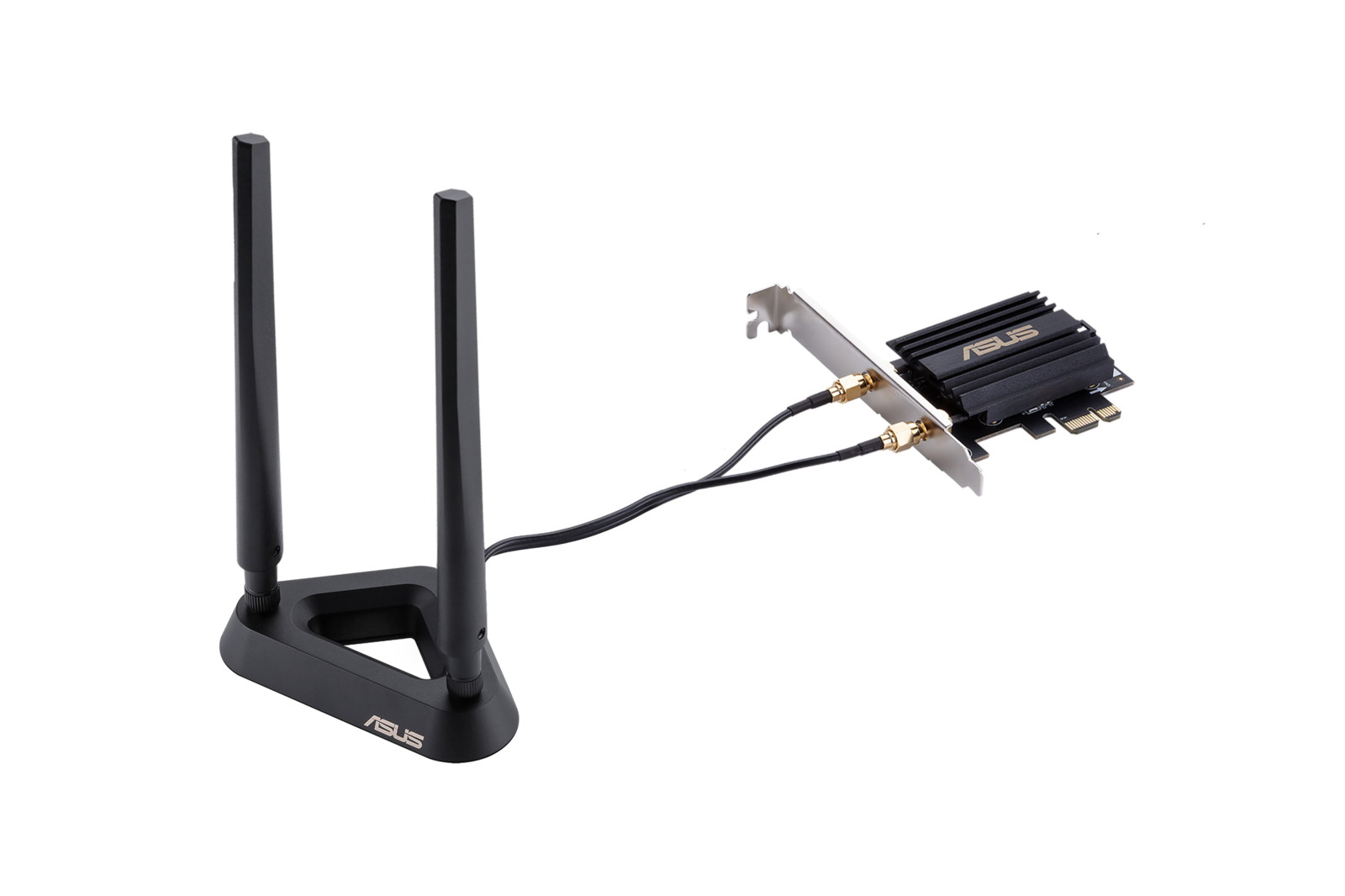 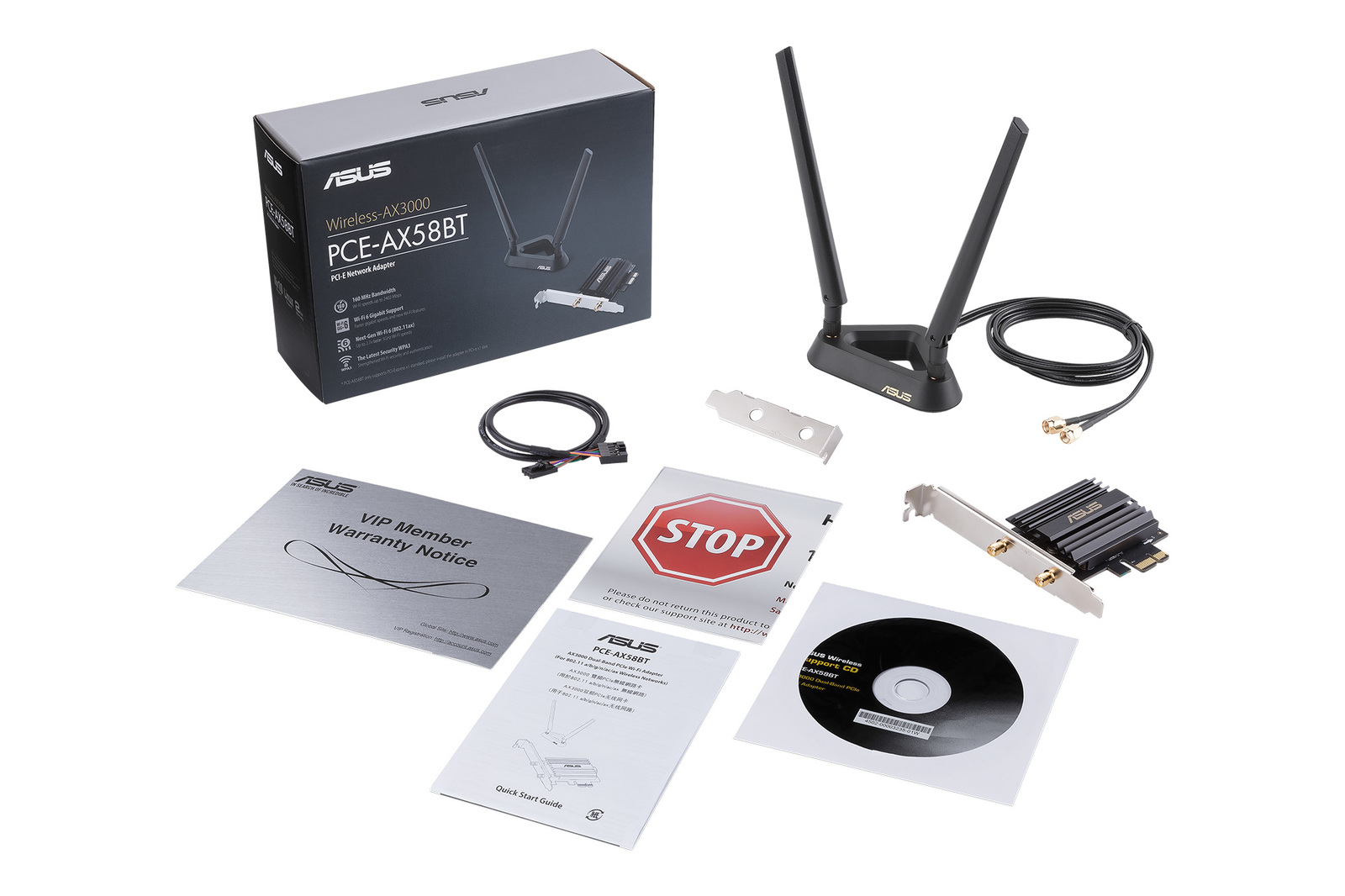 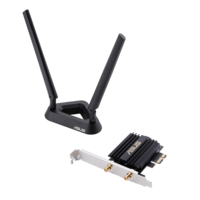 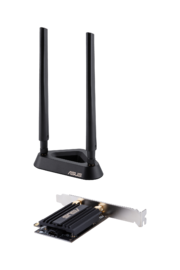 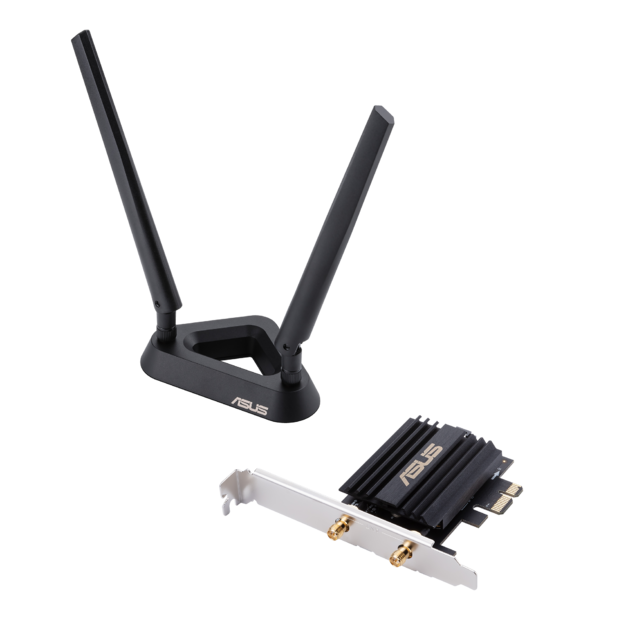 This adapter is useless with the Aorus B450 Pro Wifi Built in Wifi works better This adapter is incapable of connecting to 5ghz nor make a stable connection, keeps dropping out and has very low performance. Theres no troubleshooting online for this.

With Wi-Fi 6 (802.11ax) technology and wide 160 MHz bandwidth, ASUS PCE-AX58BT delivers wireless speeds that are up to 2.7X faster than Wi-Fi 5 (802.11ac) devices. A revolutionary combination of OFDMA and MU-MIMO technologies ensures the most efficient Wi-Fi connection for your PC.

Still Fast, Even In Crowded Network
PCE-AX58BT instantly upgrades your PC with OFDMA and MU-MIMO functionality, enabling it to achieve top WiFi speeds, even when many other devices are connected to WiFi simultaneously. Instead of taking turns transferring data to the router, MU-MIMO lets multiple devices transfer data at the same time without waiting. With PCE-AX58BT, your PC can be grouped with other MU-MIMO devices on the network, letting you enjoy full WiFi speed for each device in the group.

Instant Bluetooth Upgrade – 2X Faster and 4X Wider
Slot ASUS PCE-AX58BT into your PC for an instant upgrade to the latest Bluetooth 5.0 technology and enjoy up to 2X-faster transmit speeds and 4X-greater range. Enabling Bluetooth on your PC lets you enjoy the convenience and freedom of wireless connectivity with a wide range of devices, including speakers, headphones and game controllers.

Better WiFi with Optimal Antenna Placement
ASUS PCE-AX58BT comes with an external transceiver that allows you to position the antennas outside of your PC chassis and adjust their angle for less interference and optimal signal reception.

The Latest WPA3 Network Security
ASUS PCE-AX58BT comes with the latest WPA3 Wi-Fi security standard, providing your PC with an extra layer of protection against external attacks to give you added peace of mind. 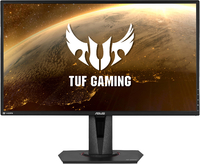 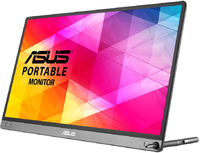 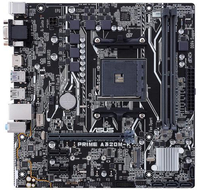