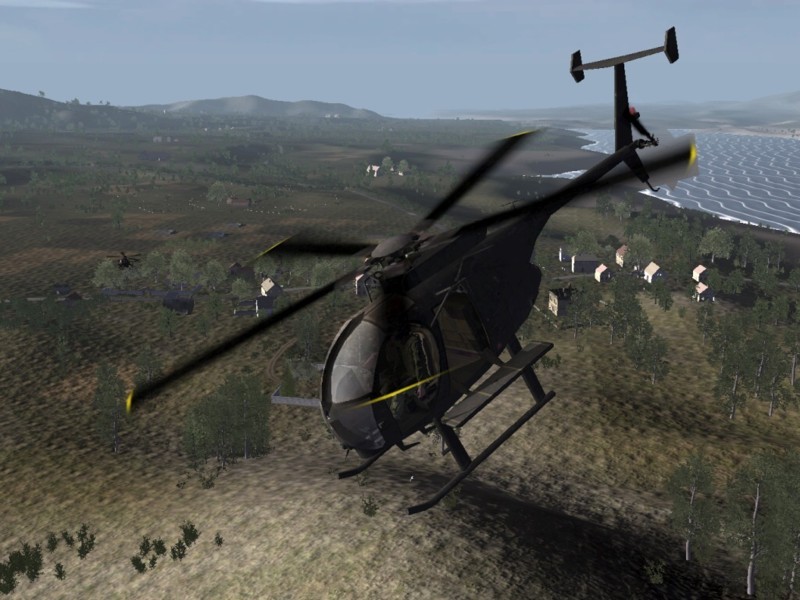 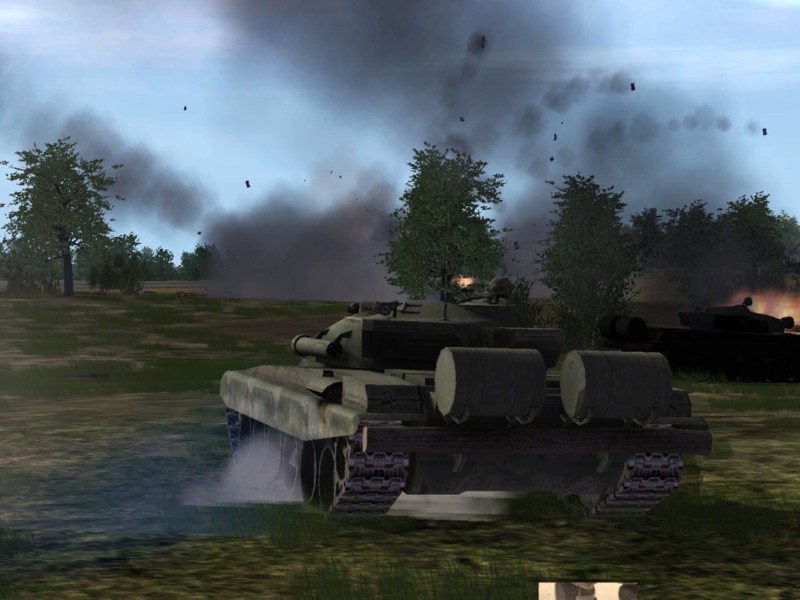 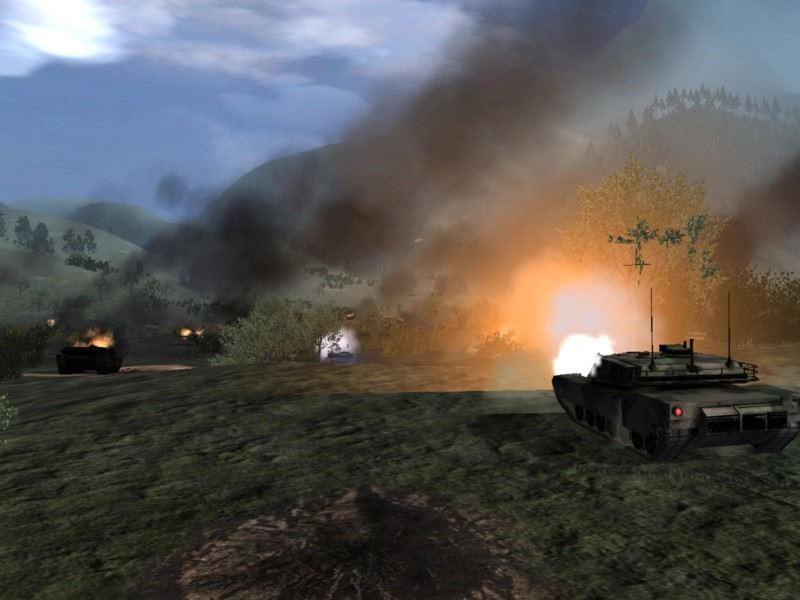 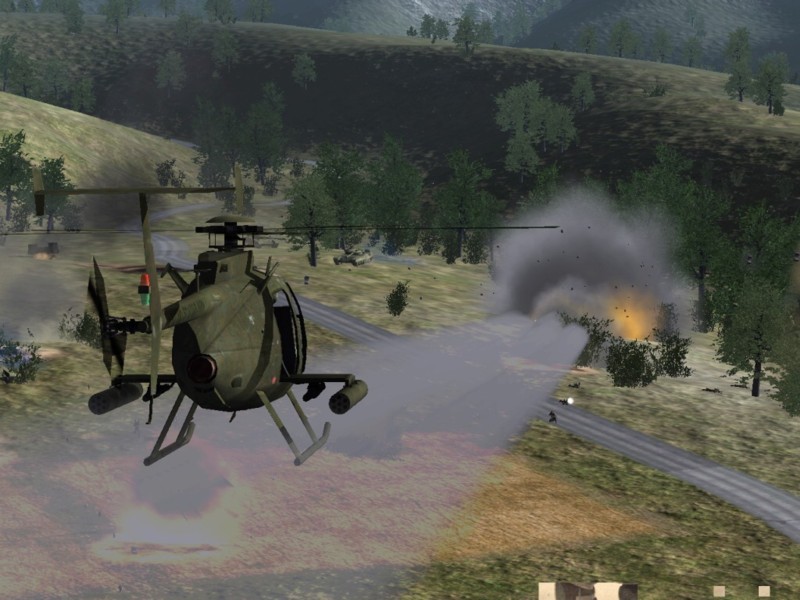 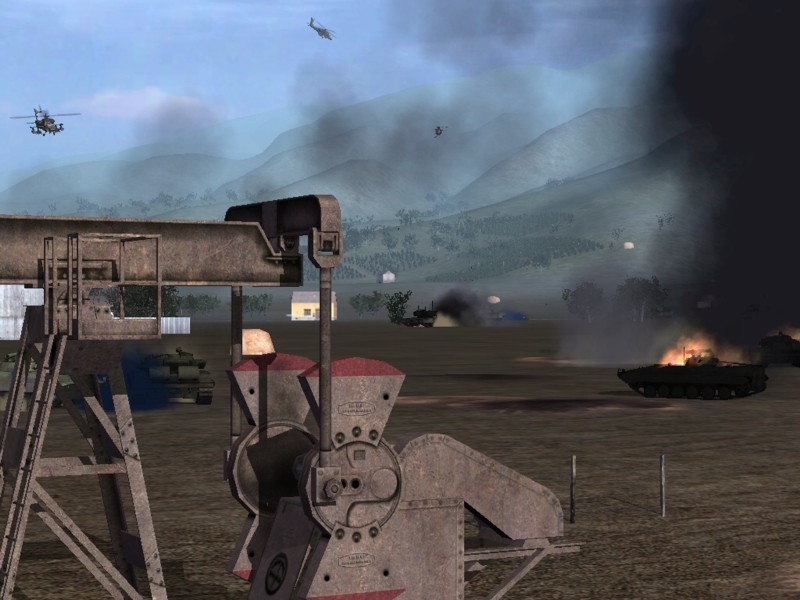 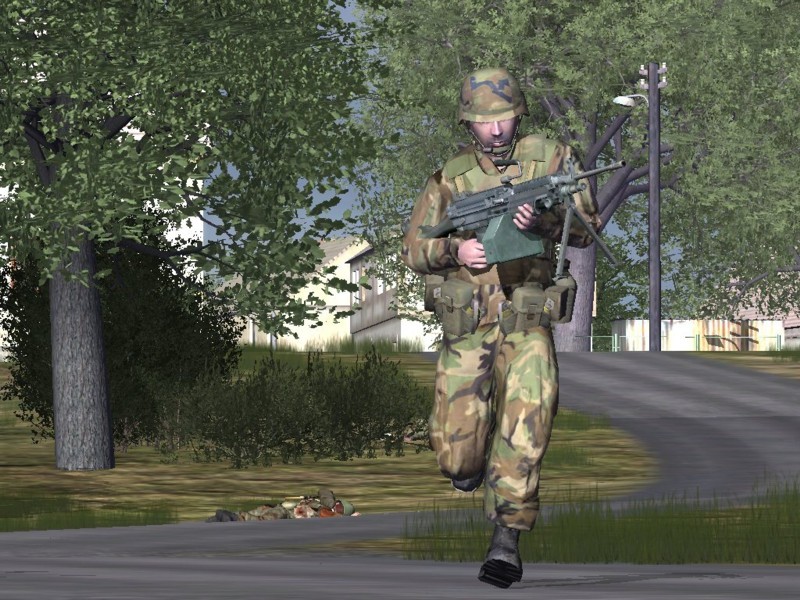 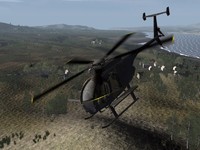 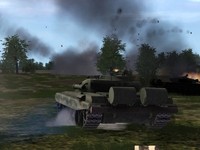 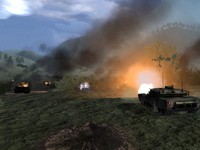 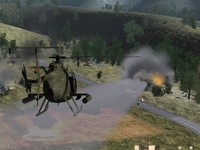 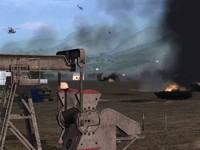 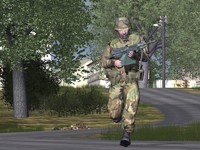 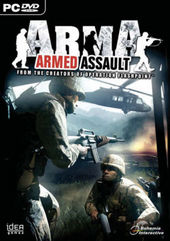 Very hard game. Make sure you have patients and some idea of tactics.

Much like the Operation Flashpoint, the game hardly features the best graphics and features numerous bugs (thankfully a few less than OFP) It has the same gameplay, controls are a bit more fluid and the vehicles are still as annoying as ever lol.

For players who have yet to play Operation Flashpoint, then perhaps you should try that as if you could save yourself some $$$. For those that enjoyed OFP even with the bugs and such, then this game will probably be what you are looking for.

IMO this game lacks creativity, with basically the same armor units from the first and even the infantry looking the same. The campaign was boring with afew extremely nasty mission which seem impossible until you get lucky and a tank doesn't spawn where it should. Multiplayer can be fun, once most people pick up some good skills, as when i was online earlier, it was full of n00bs who got bored and started shooting stuff because they couldn't see any enemy. Alas the enemy patrol was about 100m away.

Mmmm enough rambling, this game is for FANS of military sims, not the battlefield series

Well i don't know why people with dual have problems as my Arma is patched up to v1.05 and work perfect on full tho me only have athlon 3200 and 7600GT.

Any way, the life is this game is MP which totally rocks! tho there are no NZ server :( hint hint :) there is no more of this stupid rambos, try it in this game and your will be a very dead rambo. This game is about team work and this is where it rocks and is a blast and keeps me going all weekend.

About the graphics, who really cares? they get the job done and in my opinion the vehicle and models look really good. and trying to compare it to Oblivion is dumb. I do love Oblivion tho are very bored of it now, the world is what, a 10th the size of Arma map? so obviously they couldn't have super graphics on it otherwise the requirements would be huge.

Lastly there is so much in Arma that is huge, the tactics and depth that is available is unbelievable. Check this page out if you don't believe me: http://dslyecxi.com/armattp.html

Graphics = 4/5 Sound = 4/5 (no Hollywood gilts in this game, all realistic sound and timing. fire a rocket into the distance and explodes and there is delay in the sound like real life.) Gameplay = 5/5 Multiplay = 5/5 Overall = Kick ass!

Brought to you by the creators of Operation Flashpoint, Armed Assault (ArmA) will reacquaint gamers with the ultimate in realistic, combat gaming.

ArmA features a new engine with a fresh modern setting and focuses on freedom of action and immersive complex environments, blended with a unique touch of total simulation, based on a technology used to train real soldiers around the world, including U.S. Marine Corps, U.S. Army and Australian Defense Forces.

"We aim to again deliver the ultimate military simulation for PC, improving the successful gameplay formula of our debut PC game release Operation Flashpoint. It's refreshing for us to focus again on PC game development after years spent working on the Xbox platform and we work hard to make sure not to disappoint the expectations of the great community that built around Operation Flashpoint with this new game." explains Marek Spanel, director and co-founder of Bohemia Interactive.

In ArmA, players will be able to seamlessly explore massive environments (over 200 sq. kilometres) and combat intelligent enemies that try to out think and outmaneuver you. In ArmA it is important to preserve the lives of yourself and your squad members in the heat of a modern armed conflict. Jump into any of a large selection of available vehicles, including armored vehicles and aircraft.