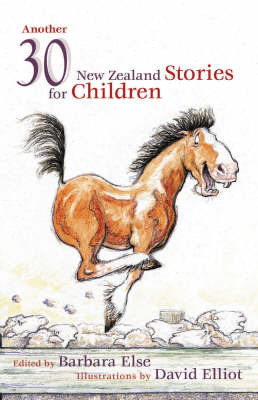 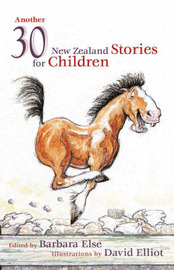 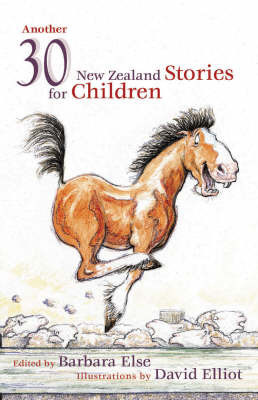 Unavailable
Sorry, this product is not currently available to order
In this sequel to 30 NZ STORIES FOR CHILDREN, published in 2000, Barbara Else has selected a fresh and delightful range of New Zealand stories. Many of them are funny, some are touching and they are all excellent pieces of writing for New Zealand children. David Elliot's wonderfully inventive illustrations add another dimension to each story. Some of New Zealand's top writers have contributed to this collection - David Hill, Fleur Beale, Roger Hall, Pat Quinn, Jack Lasenby, Kate de Goldi, Diana Noonan and Patricia Grace. It's yet another fantastic package - beautiful to look at, beautiful to hold and full of stories about growing up in New Zealand. Barbara Else is the author of four best-selling novels and two books for children, including TRICKY SITUATIONS. She is the editor of GRAND STANDS, in which she asked top New Zealand writers how they experienced grandparenthood. Her first novel, THE WARRIOR QUEEN, was shortlisted for the Montana New Zealand Book Awards. She was the Victoria University of Wellington Writer in Residence for 1999. With her husband, writer Chris Else, Barbara runs TFS, a Wellington-based literary agency and assessment service. David Elliot won the Honour Award at the 2000 NZ Post Children's Book Awards for SYDNEY AND THE SEA MONSTER. His books include PIGTAILS THE PIRATE, SYDNEY AND THE WHALEBIRD, DRAGON TANGLE and ARTHUR'S STAR. He has illustrated the latest Redwall novel TRISS by Brian Jacques.

ABOUT THE EDITOR: Barbara Else is the author of numerous bestselling novels and books for children, and has edited a number of collections of stories for children, as well as an anthology in which top New Zealand writers talk about grandparenthood. With her husband, writer Chris Else, Barbara runs TFS, a Wellington-based literary agency and assessment service. She has been described by The New Zealand Herald as 'a funny novelist. Her humour is quieter, deeper, found in her dark, sardonic point of skew, in her quirky, wry vignettes that are a fond satire of modern middle class life and those who live it ...'. Her first novel, The Warrior Queen, was shortlisted for the Montana New Zealand Book Awards. Her children's fiction has won a host of awards, including the 2012 White Raven Award and the 2012 NZ IBBY for The Travelling Restaurant. She was the Victoria University of Wellington Writer in Residence for 1999, received a Creative New Zealand Scholarship in Letters in 2004, and was made a Member of the New Zealand Order of Merit for services to literature in 2005.
Release date NZ
October 18th, 2002
Audience
Contributors
Country of Publication
New Zealand
Illustrations
illustrations
Imprint
Random House New Zealand Ltd
Pages
143
Dimensions
156x242x16
ISBN-13
9781869415358
Product ID
1633824