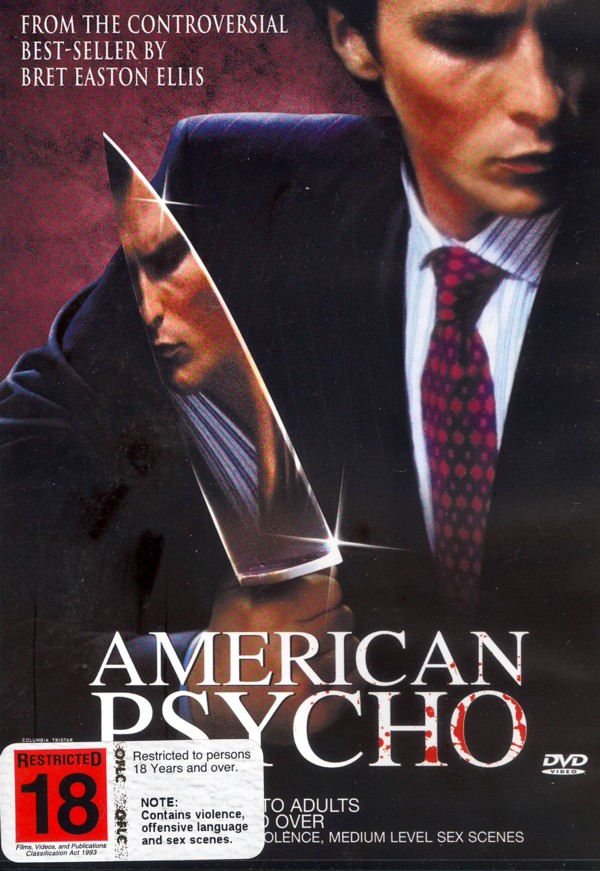 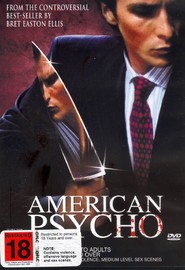 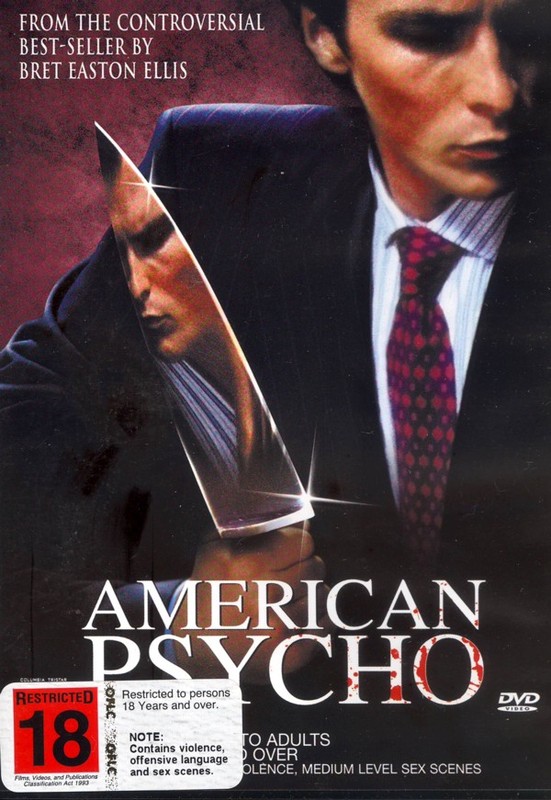 Patrick Bateman (Christian Bale) is a young handsome, Harvard educated, Wall Street success, seemingly perfect with his stunning fiancÃ©e (Reese Witherspoon) and entourage of high-powered friends. But his circle of friends doesn't know the other Patrick Bateman, the one who lusts for more than status and material things. With a detective hot on his trail and temptation everywhere, Patrick Bateman can't fight his terrible urges that take him on the pursuit of woman, greed and the ultimate crime-murder! Based on the controversial book by Bret Easton Ellis, American Psycho is a sexy thriller that sets forth a vision that is both terrifying and chilling.

“The Bret Easton Ellis novel American Psycho, a dark, violent satire of the "me” culture of Ronald Reagan's 1980s, is certainly one of the most controversial books of the '90s, and that notoriety fueled its bestseller status. This smart, savvy adaptation by Mary Harron (I Shot Andy Warhol) may be able to ride the crest of the notoriety; prior to the film's release, Harron fought a ratings battle (ironically, for depictions of sex rather than violence), but at the time the director stated, “We're rescuing [the book] from its own bad reputation.” Harron and co-screenwriter Guinevere Turner (Go Fish) overcome many of the objections of Ellis's novel by keeping the most extreme violence offscreen (sometimes just barely), suggesting the reign of terror of yuppie killer Patrick Bateman (Christian Bale) with splashes of blood and personal souvenirs. Bale is razor sharp as the blank corporate drone, a preening tiger in designer suits whose speaking voice is part salesman, part self-help guru, and completely artificial. Carrying himself with the poised confidence of a male model, he spends his days in a numbing world of status-symbol one-upmanship and soul-sapping small talk, but breaks out at night with smirking explosions of homicide, accomplished with the fastidious care of a hopeless obsessive. The film's approach to this mayhem is simultaneously shocking and discreet; even Bateman's outra­geous naked charge with a chainsaw is most notable for the impossibly polished and gleaming instrument of death. Harron's film is a hilarious, cheerfully insidious hall of mirrors all pointed inward, slowly cracking as the portrait becomes increasingly grotesque and insane." –Sean Axmaker