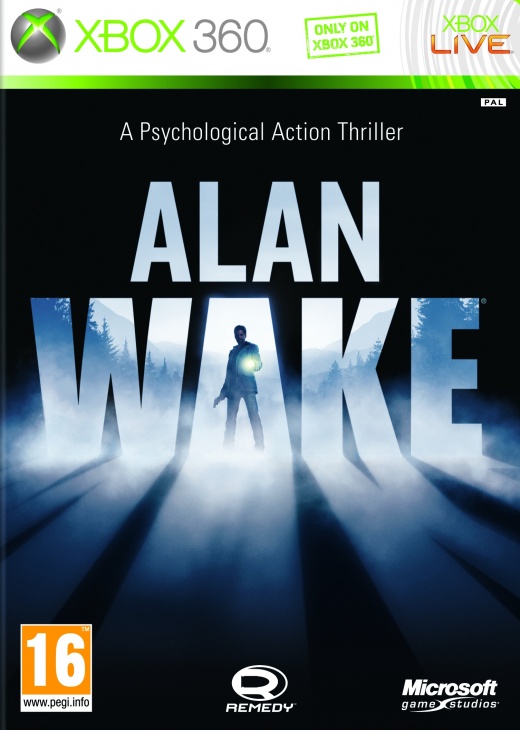 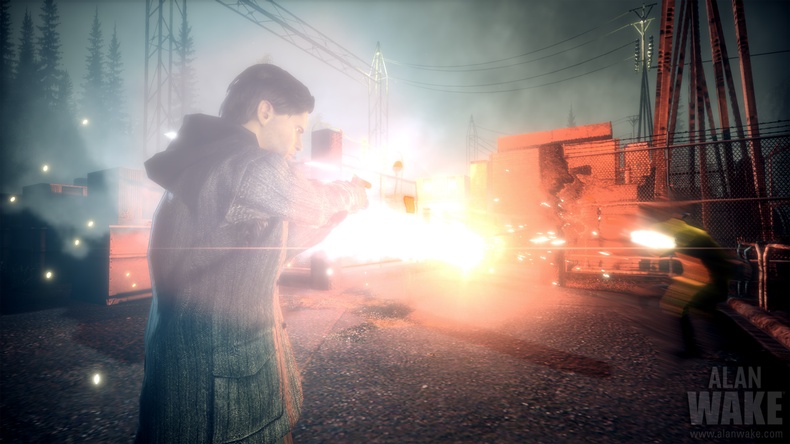 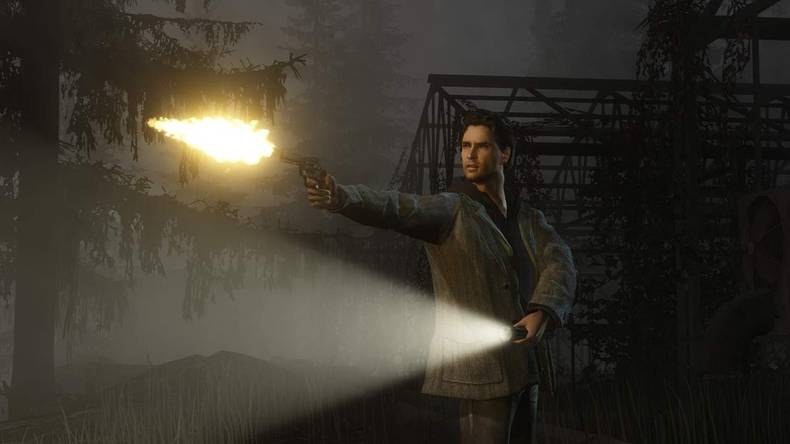 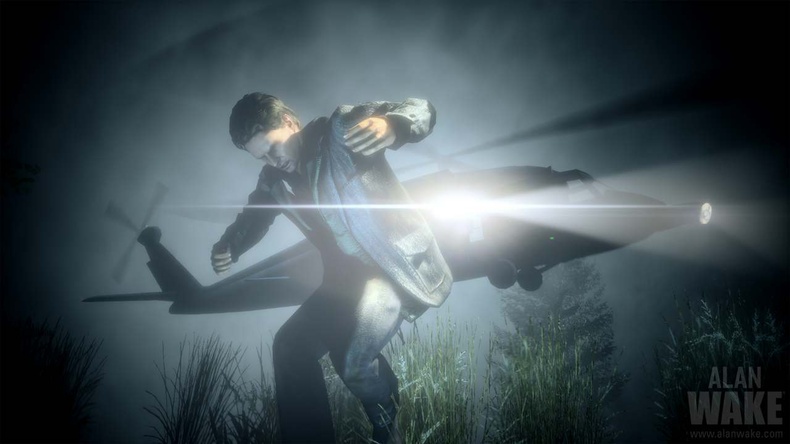 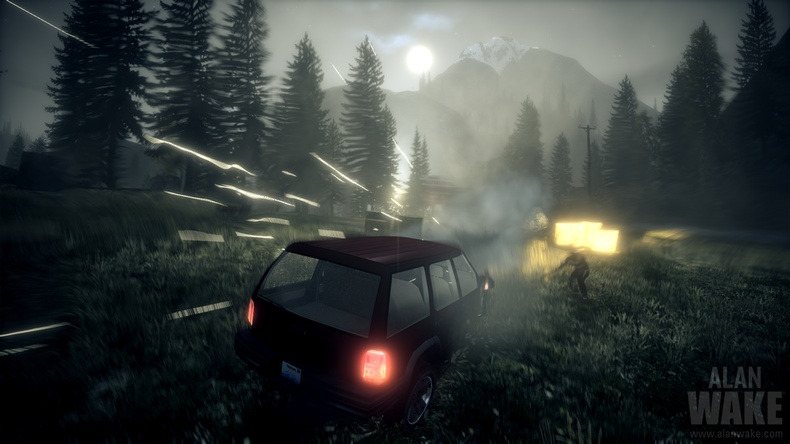 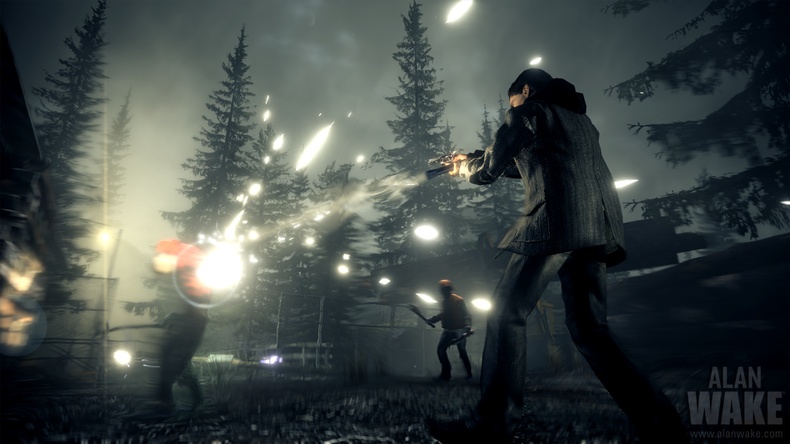 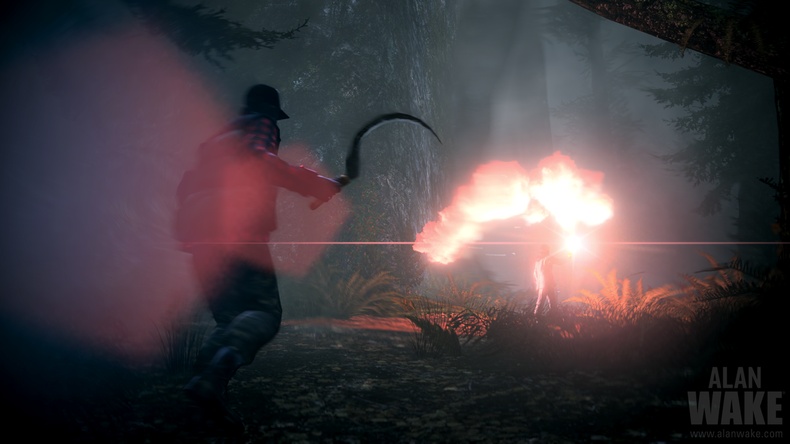 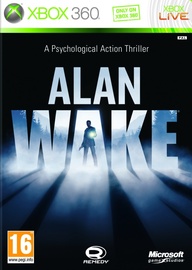 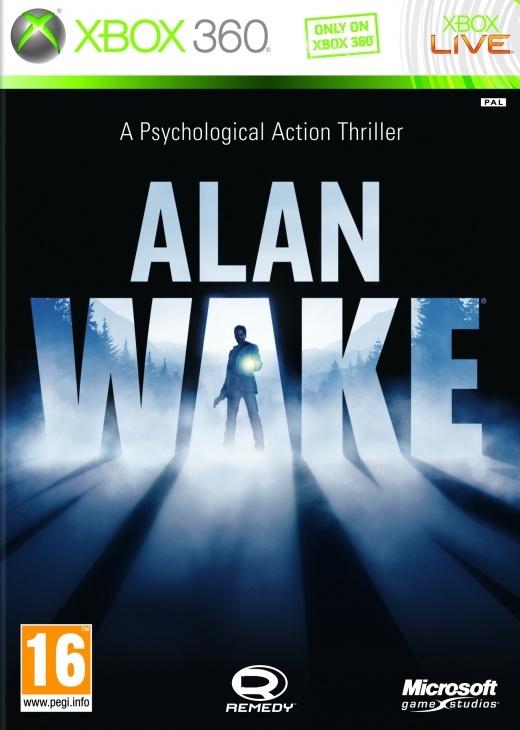 Alan Wake has been in development a long time and it's clear that Remedy wanted it to be something a little special. And that it is!

Alan Wake is very definitely story driven and although the game has many strong elements, it's the story AND the way it's told that make Alan Wake not just a very good game but propels it into the next tier of truly great games. Not only was it fun to play, but I found the story so engrossing, that just like a good book, I found it difficult to put the game down because I just had to know what was going to happen next.

Thankfully, the level of care and detail extends also to the graphics. You'll spend a lot of time in the forest at night, but no matter, the forest is gorgeously rendered. The mist that rolls in to announce the imminent arrival of the bad guys is very convincingly done. During the day, you can climb lookouts and look across beautiful forest vistas. Lakes and rivers sparkle in the sunlight, birds soar high in the sky. So stunning were the graphics at times, that I sometimes stopped playing the game and just admired the view.

The game is no slouch in the audio department with all the requisite creepy sounds you might expect to hear in a deep, dark forest that is home to creatures of the night. The soundtrack has also received much praise in the gaming media.

Alan Wake is the reason I play games. It's a technical showcase combined with compelling gameplay and an engrossing story that Stephen King himself, could have written. Remedy have done themselves proud with a game that stands amongst the best available on the 360.

9 out of 12 people found this review helpful.

The atmosphere in this game was just amazing! I couldn't put down my controller every time I started playing. Good story, good shooting mechanics, a good score to go with the excellent visuals. There was a few minor problems that prevented me from giving this game a perfect score. The driving part in this game is not that good, the car sounds weak and the car handles like half its size. Not really a problem since you don't drive 90% of the time. The variety of enemy is too few. The ending might leaves a few questions unanswered, which leave plenty of room for future DLC (Down-loadable Content) The Signal is the 1st DLC and comes free with a new copy. Overall I'd recommend this to anyone who enjoys a good story, creepy atmosphere, shooting things that jump out of the shadows at you, can't go wrong with this.

A decent survival horror game, focussing more on suspense and atmosphere than horror and puzzles. It's not really scary, and there's only one puzzle in it, but that didn't bother me as I hate puzzles anyway. It's a polished a competent game and I don't have any major complaints. It has a lot going for it. But for me personally the linear and repetitive gameplay let it down.

It's totally linear and each location, with a couple of exceptions, looks more or less like the last. The monsters are pretty much all the same and require the same tactics to defeat, making combat a bit of a bore after a while. You just trudge along, shooting the possessed locals (and often getting hacked to death by said possessed locals), picking up ammo and flares and occasionally having to deal with some obstacle or somesuch. Every now and again there will be a cutscene to advance the plot a bit, and you start a new area (that looks very similar to the last), and set about collecting all your equipment again because (annoyingly) you lose it all between levels. Throw in a few really difficult, but often very cool set piece battles and that's pretty much it.

The controls work well (no having to hold down A to run I'm glad to report). I found maneuvering and shooting very easy. That's something they definitely nailed. I did have a problem when the camera got very close to the character while an enemy was right on top of me and I couldn't see what I was doing. But that didn't happen very often. Combat is handled quite well, but it gets repetitive. A greater variety of enemies or being able to use melee weapons might have helped here.

It uses checkpoint saves but it saves often so when you die you rarely have to go very far back.

What I found quite annoying was the constant narration from the protagonist. Alan narrates your progress in this dull, inflectionless voice which I suppose is an attempt to add suspense but is just annoying. He sounds like he's reading a book rather than commenting on what's going on right now. What's worse is the narration acts as a spoiler telling you what you need to do to get past obstacles rather than letting you figure it out yourself.

It's not an overly long game. I played it quite comfortably over a three day weekend, so to me it's not worth the hundred bucks I paid. The story seemed a bit muddled and I didn't really understand the ending. But overall I'd say it's a reasonably fun, decent game that I can recommend to fans of the genre, especially if you don't like a lot of blood and gore. But I'd wait until you can get it cheaper, it's just not long enough to warrent full price.

4 out of 8 people found this review helpful.
Alan Wake is a psychological action thriller, a unique new take in the world of gaming. The game is set in an idyllic all-American small town and its surroundings in the state of Washington. Alan Wake, the game's protagonist, is a bestselling horror writer, who writes a novel about his darkest nightmares. In the game, those nightmares come true.

The game features a massive, open world for the players to explore. The game design is mission based with the player as the driving force behind the action, and as with their previous games, Remedy again focuses completely on delivering the best possible single player experience.