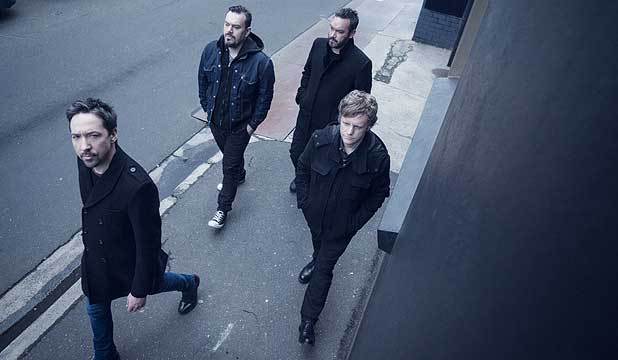 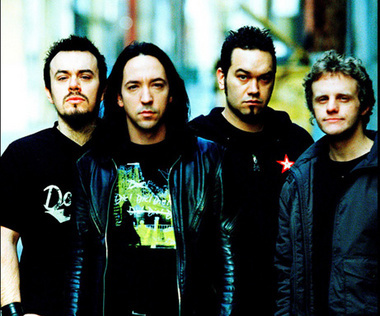 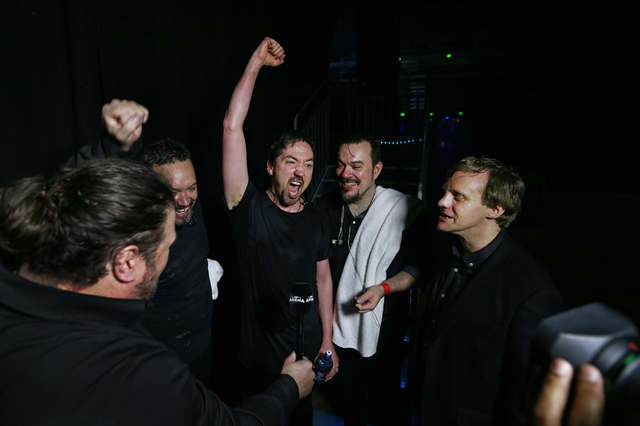 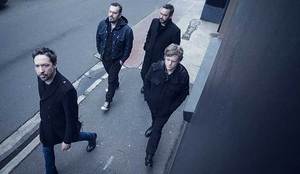 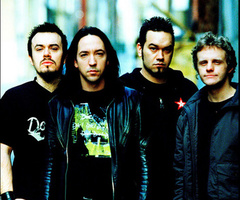 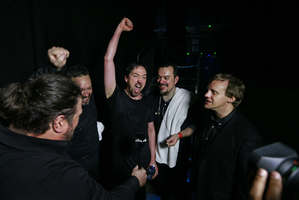 Home
Blog
Shihad: A look back at the band that put NZ Rock on the map!

As it's New Zealand Music Month we wanted to shine a spotlight on some bands that we think paved the way for other New Zealand music by introducing it to the masses. Today the focus is on Kiwi legends Shihad and their monumental rise as one of the biggest Rock exports to grace stages around the world.

Back in 1988 when George Michael and Rick Astley ruled the New Zealand charts, Shihad came into existence. Formed by Jon Toogood and Tom Larkin, their original musical style drew heavy influences from Thrash Metal bands like Metallica and Megadeth, although gradually evolving into a more popular modern rock/pop-rock over the next decade. This change sparked a bevy of opening performance slots for US rock acts as well as some solid reviews from the press.

The band chose their name after seeing David Lynch's 1984 film ‘Dune’, which uses the term ‘Jihad’. " When we were 15 we were all into this sci-fi movie Dune. See, Dune uses all these Arabic words throughout the movie and the end battle is a Jihad. We were stupid and thought it'd be a great name for a band so we called ourselves Shihad cause we couldn't even spell it."

Following the September 11 terrorist attacks, the band opted to change their name to Pacifier due to the undeniable similarity between ‘Shihad’ and the Arabic word' Jihad'. In 2002 they released the self titled album under this new moniker.

In September of 2004, the band announced that they would be changing their name back to Shihad. “The events surrounding the name change and our choice to be known as Pacifier are well documented. As much as we believed in what we were doing, and the reasons for doing it at the time – the truth is we were wrong.”

When interviewed about the subject, Jon Toogood spoke about an event that helped them make the decision. “We were in America while it invaded Iraq and had to play at festivals that were supposedly ‘support the troops festivals’ when we didn't believe in the war at all. That's what the song "All the Young Fascists” is about – the day we played Miami in front of 30,000 kids at this festival that was originally just a rock festival. A week out, just because of the timing, it was turned into the support the troops show and it was being simulcast live to Iraq."

“I just wanted to get out of there. Beside the stage was a paintball gun alley where kids were lining up to shoot effigies of Saddam Hussein, Osama bin Laden and (French president) Jacques Chirac. That was the weirdest one. The amount of times I actually pointed out to Americans the fact that their Statue of Liberty was a gift from the French and they were supposed to be mates.”

2005 saw Shihad embarking on a mammoth tour of Australia and New Zealand, including a main stage spot at Australia's Splen­dor In The Grass in front of a 20,000 strong audience. Durig 2008 the band had a hectic year with 30 shows played in Australia during their “One Will Hear tour”. this was followed with the New Zealand Beautiful Machine Tour in which the band played numerous medium sized venues with suppirt from other homegrown artists, the Mint Chicks and the Datsuns.

From January through to February in 2010 Shihad supported AC/DC as the opening act on the New Zealand leg of their Black Ice World Tour. Shortly after the band began to drop new singles “Sleepeater” and “Lead or Follow” in anticipation of their 8th studio album.IGNITE was released in September of 2010 and made a smashing debut at #1 in the New Zealand Music Charts and eventually gaining Gold status on said album. At the 2010 New Zealand Music Awards Shihad won the coveted Legacy Award and received a well deserved induction into the New Zealand Music Hall of Fame.

For the production of their ninth studio album, Shihad joined forces with Jaz Coleman from English punk band Killing Joke. Coleman ovesaw production of Shihad's debut album, Churn, but the band and Coleman butted heads after the release of the album.Roll on 15 years later and bridges were mended when conversation started between them in London during a UK Award Ceremony.

Before the recording of the new album started, Coleman informed the band, “I'm going to work you until you've made a great record”. Front-man Jon Toogood stated that the entirety of the album was recorded live while Jaz Coleman conducted. The band were forced focus solely on each song as they were recorded with no distractions. After a gruelling 2 month recording process, Toogood referred to their sessions with Coleman as a bootcamp, but also stated that the band “needed someone to crack the whip” to get the most out of the process.

The bands ninth album, titled FVEY (Five Eyes) was released in August 2014 and was arguably the bands best album in 15 years. The lead single “Think You're So Free” saw the band making a strong political statement which fans all over the world could relate to. Toogood explained that social injustice was the main motivation during the song-writing process. As a whole FVEY saw the band returning to form and and putting out their heaviest album since their debut “Churn”

April of 2015 came along and the band celebrated the 20th anniversary of their album Killjoy by re-releasing a remastered version, along with performing a few shoes playing the entirety of the album from start to finish.

Few Kiwi bands have had such a strong impact on their genre and gained as wide a fan base as Shihad have over the years. They continue to surprise with new music and pioneering ideas like New Zealands very first Pay-per-view concert held in Christchurch in 2014. One thing is for sure, I'm excited to see what they have in store for us next!